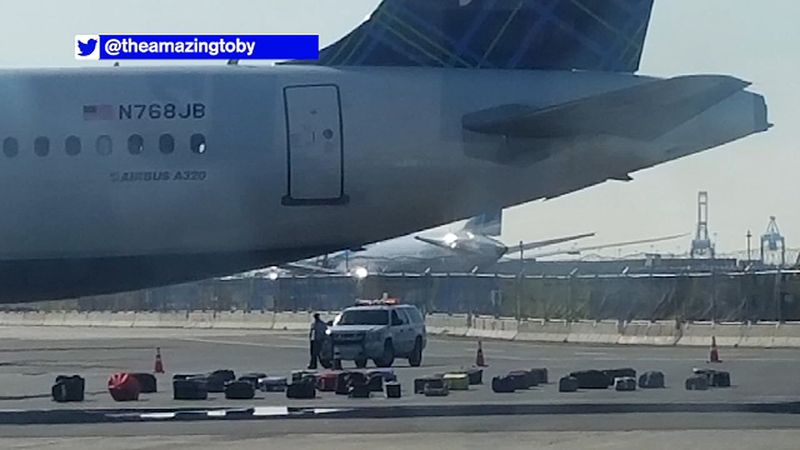 Plane evacuated at Newark Airport due to suspicious item

A source close to the investigation tells Eyewitness News two flight attendants received an airdropped photo of a suicide vest on their iPhones and went to tell the captain.

The incident was reported at about 7:50 a.m. on JetBlue flight 573 bound for Tampa.

About 150 passengers were taken off the plane onto the tarmac via stairways and were bused to a gate to board another plane.

K9 units sniffed through the plane, and luggage was removed and rescreened.