Rand Paul is dropping out of the 2016 race for president 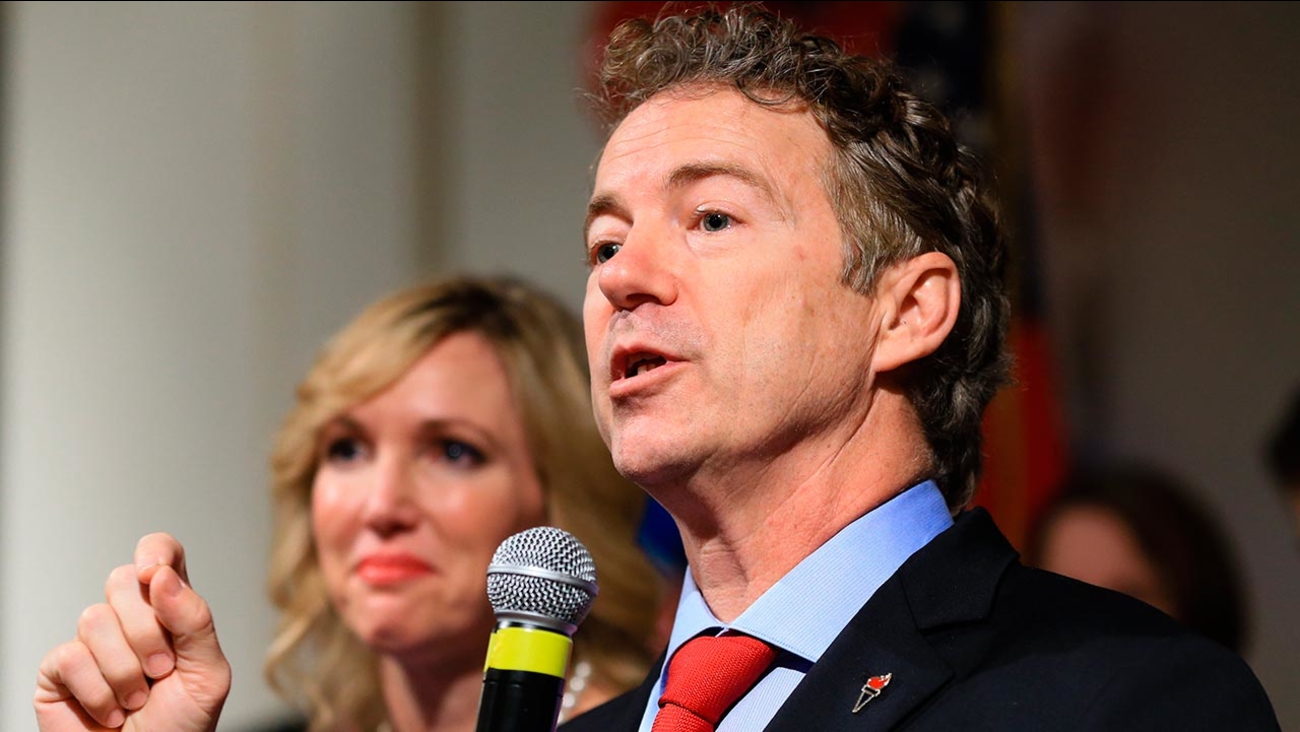 Republican presidential candidate, Sen. Rand Paul, R-Ky, speaks to supporters with his wife Kelley by his side, during a caucus night victory party at the Scottish Rite Consistory (Nati Harnik)

COLUMBIA, S.C. -- Republican Sen. Rand Paul dropped his 2016 campaign for president Wednesday, eclipsed by other candidates who kept his base of support from growing into a viable force in the crowded 2016 field.

Campaign spokeswoman Eleanor May confirmed the move to The Associated Press, saying a statement would be forthcoming.

It was an end long in the making. Paul launched his presidential candidacy determined to improve the Republican party's appeal with younger voters and to upend the way Washington works. But Paul and his appeals to reject American political dynasties and "to take our country back" was ultimately out-shouted by billionaire Donald Trump. Pledging to "make American great again," Trump, his insults and vague policy positions captured the attention of angry, change-seeking Americans.

Though he's a senator - and the son of former Rep. Ron Paul - Rand Paul is no Washington insider. He was elected in the tea party-driven wave of 2010 and tangled often with GOP leaders.

In one defiant episode, Paul controlled the Senate floor in 2013 for almost 13 hours to hold up the nomination of John Brennan as CIA director. Brennan had been President Barack Obama's counter-terrorism adviser, and Paul opposed the Obama administration's use of drone strikes against suspected terrorists. He drew support from people across the political spectrum who shared a concern about government reach, making it seem possible to cobble together a diverse coalition big enough to compete in the race for president.

But soon after announcing his candidacy, Paul began a series of stumbles that turned into displays of his thin-skinned personality - and raised questions about his credibility as a doctor.

Paul said he had heard about "many tragic cases" of children who got vaccines and ended up with "profound mental disorders." That assertion has no basis in medical research. Paul at first blamed the uproar on "inaccuracies" in the media. He later said he believes vaccines are safe and that his own children are immunized. That came after Paul suggested that the Centers for Disease Control and Prevention made the transmission of Ebola sound similar to that of AIDS. Ebola, he said, is easier to contract. Health authorities worldwide have said that Ebola is only transmitted through direct contact with bodily fluids.

He bristled in interviews at questions about his father and abortion policy, and said "shhhhh" to a female television interviewer who challenged something he said.

In October, Paul embarked on an online event in which he answered hostile questions from Twitter users.

One asked if he's still running for president.

"I dunno," he answered. "I wouldn't be doing this dumbass live streaming if I weren't."

After qualifying for five prime-time debates - and enduring Trump's suggestion that he not bother running anymore - Paul was dropped from the sixth face-to-face confrontation. He was invited back for the seventh and final prime time debate before the Iowa caucuses, drawing a roar from his supporters in the audience when he was introduced.