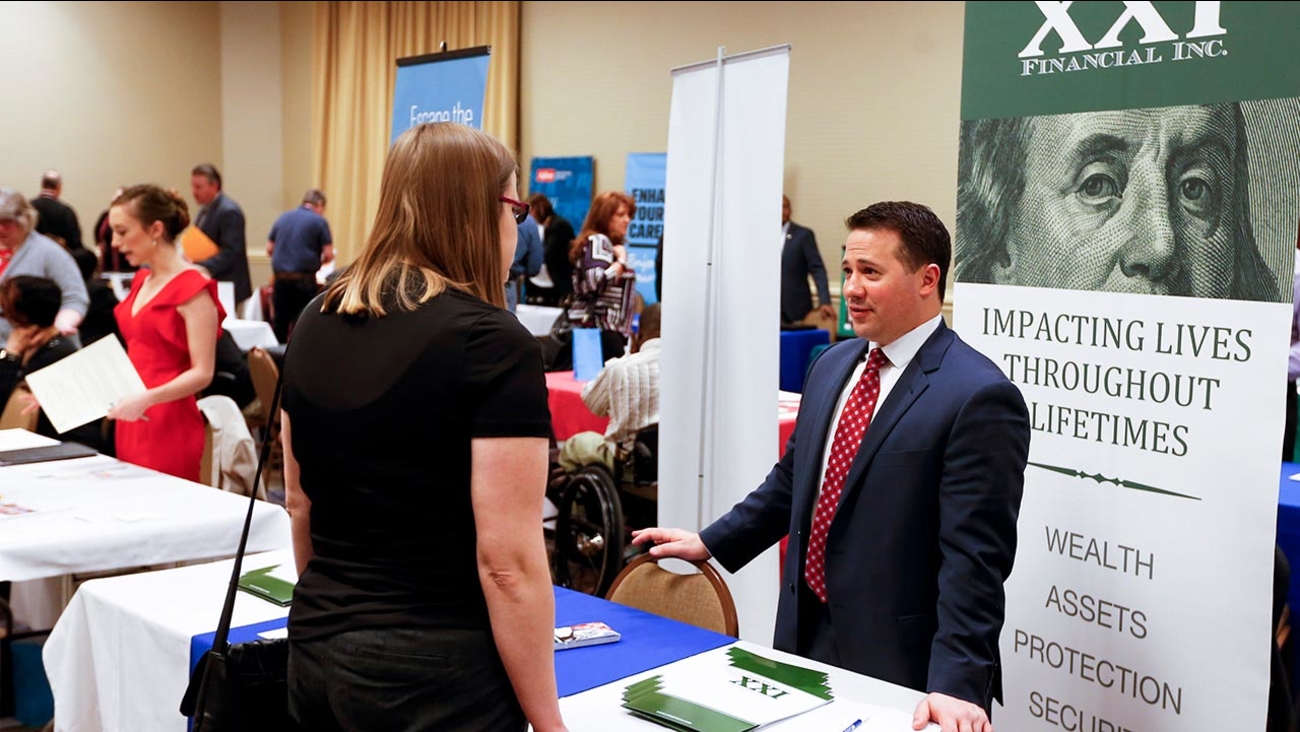 Recruiters speak to attendees at a job fair in Pittsburgh. On Friday, May 6, 2016, the U.S. government issues the April jobs report. (Photo/Keith Srakocic)

WASHINGTON -- U.S. employers pulled back slightly on hiring in April after a streak of robust monthly gains, adding 160,000 jobs, the fewest in seven months.

The unemployment rate remained at a low of 5 percent, roughly where it has been since the fall.

The employment gain was down from the average increase of 200,000 over the past three months. But it still points to a steadily growing job market.

The slowdown might raise some concerns that weak U.S. economic growth has discouraged some employers from hiring. The economy's growth has slumped to a sluggish 1 percent annual rate since October.

Still wage gains showed signs of picking up. Average hourly pay rose 2.5 percent in April from a year earlier, above the sluggish 2 percent annual pace that has been typical for the past six years.

Weak growth, in the United States and overseas, has led to volatility in financial markets and complicated the Federal Reserve's plans to gradually raise interest rates.

April's tepid hiring gain might not signal a sustained pullback. Job growth slumped has recently as January only to snap back in the following months.

Job gains in higher-paid industries, such as management consulting and computer systems, picked up from March.

Growth has sagged in the past six months as slower economies overseas and a stronger dollar cut into U.S. exports of factory goods. Low oil and gas prices have also caused energy companies to sharply curtail the construction of new rigs, lowering overall business spending.

Consumers have also been cautious, boosting their savings from lower gas prices and increased hiring.

Still, there are some signs the economy could be improving. Auto sales picked up in March, suggesting that Americans are still willing to make large purchases.

And a private survey found that services firms, which include retailers and restaurants as well as professional services such as engineering, expanded in April at the fastest pace this year.
Related topics:
businessemploymenteconomyunemploymentjobs
Copyright © 2021 by The Associated Press. All Rights Reserved.
More Videos
From CNN Newsource affiliates
TOP STORIES