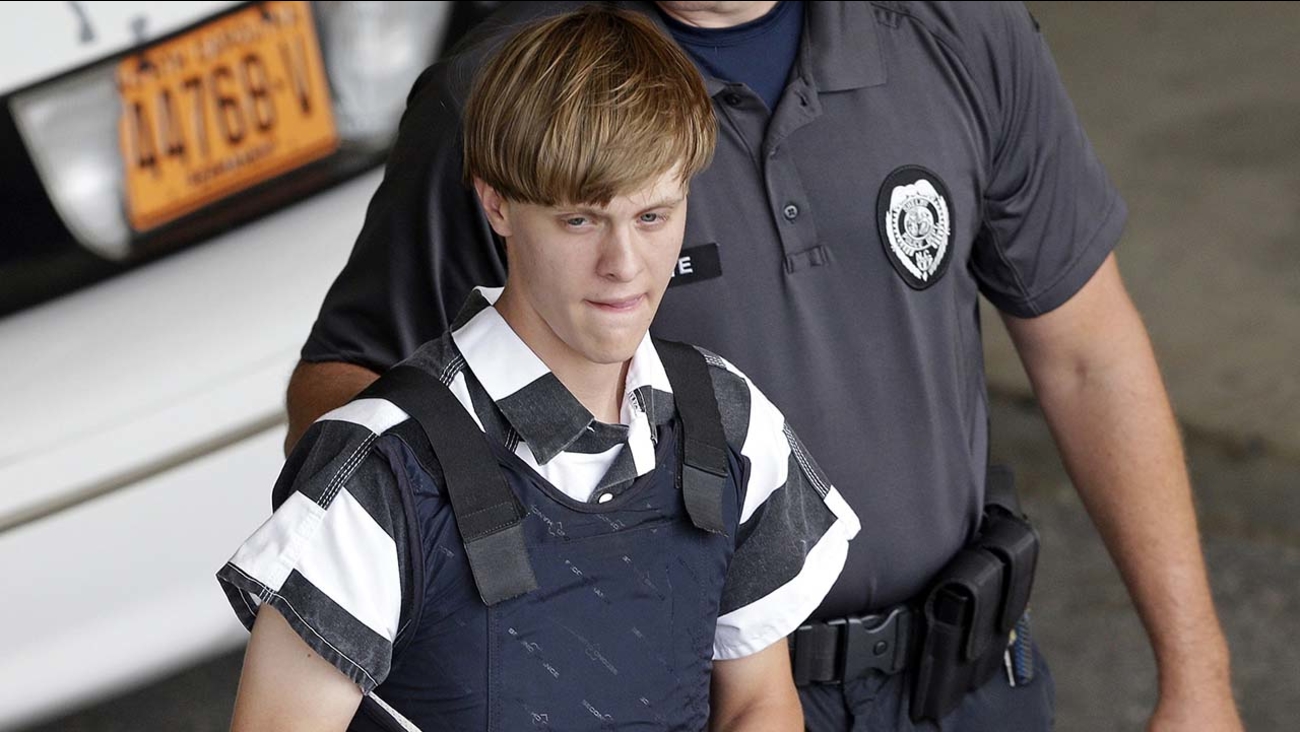 A jury deliberated his sentence for about three hours, capping a trial in which Roof did not fight for his life or show any remorse. At the beginning of the trial, he addressed jurors directly, insisting that he wasn't mentally ill, but he never asked them for forgiveness or mercy, or explained the crime.

He threw away one last chance to plead for his life on Tuesday, telling jurors: "I still feel like I had to do it."

Every juror looked directly at Roof as he spoke for about five minutes. A few nodded as he reminded them that they said during jury selection they could fairly weigh the factors of his case. Only one of them, he noted, had to disagree to spare his life.

"I have the right to ask you to give me a life sentence, but I'm not sure what good it would do anyway," he said.

When the verdict was read, he stood stoic and showed no emotion. He will be formally sentenced Wednesday.

Roof told FBI agents when they arrested him a day after the June 17, 2015, slayings that he wanted the shootings to bring back segregation or perhaps start a race war. Instead, the slayings had a unifying effect, as South Carolina removed the Confederate flag from its Statehouse for the first time in more than 50 years and other states followed suit, taking down Confederate banners and monuments. Roof had posed with the flag in photos.

The 12 people Roof targeted opened the door for a stranger with a smile, he said. Three people survived the attack.

"They welcomed a 13th person that night ... with a kind word, a Bible, a handout and a chair," Richardson said during his closing argument. "He had come with a hateful heart and a Glock .45."

The gunman sat with the Bible study group for about 45 minutes. During the final prayer - when everyone's eyes were closed - he started firing. He stood over some of the fallen victims, shooting them again as they lay on the floor, Richardson said.

The prosecutor reminded jurors about each one of the victims and the bloody scene that Roof left in the church's lower level.

The jury convicted him last month of all 33 federal charges he faced, including hate crimes.

Roof did not explain his actions to jurors, saying only that "anyone who hates anything in their mind has a good reason for it."

Nearly two dozen friends and relatives of the victims testified during the sentencing phase of the trial. They shared cherished memories and talked about a future without a mother, father, sister or brother. They shed tears, and their voices shook, but none of them said whether Roof should face the death penalty.

Richardson recalled Jennifer Pinckney's remarks about her husband, Clementa, who was remembered for singing goofy songs and watching cartoons with their young daughters in his spare time.

After more than two hours of discussions, jurors re-watched a speech by one of the victims, Clementa Pinckney, the church pastor and a state senator. In it, Pinckney talks about the history of Emanuel and its mission.

Roof acted as his own attorney and did not question any witnesses or put up any evidence.