More than 40M fire extinguishers that may not work recalled 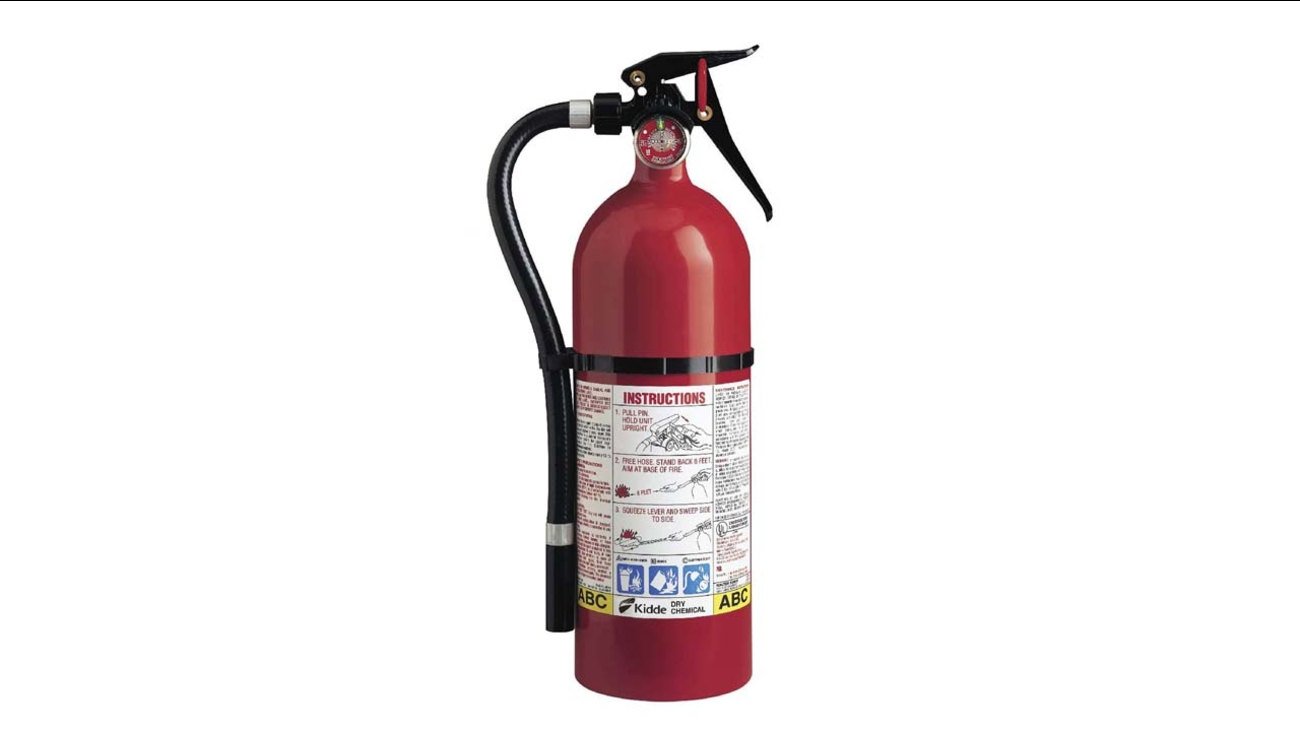 DETROIT -- More than 40 million fire extinguishers, some on the market for more than four decades, are being recalled because they may not work in an emergency.

One death has been linked to problems with the extinguishers made by Kidde, according to a notice Thursday from the U.S. Consumer Product Safety Commission.

In 2014, extinguishers failed to function as they should for emergency personnel responding to a fiery car wreck.

The recall covers 134 models of push-button and plastic-handle extinguishers in the U.S. and Canada made from 1973 through Aug. 15 of this year. It includes models that were previously recalled in March of 2009 and February of 2015, the commission said Thursday.

The government says the extinguishers can become clogged and fail to spray when needed. Also, the nozzle can come off with enough force to pose an injury hazard. Including the death, the CPSC says there have been 391 reports of extinguishers failing to work properly or of nozzles coming off, resulting in 16 injuries that included smoke inhalation and minor burns. Also, there were about 91 reports of property damage linked to the problem.

Owners should contact Kidde to ask for a free replacement and for instructions on how to return recalled models. Kidde can be reached at (855) 271-0773 or at www.kidde.com .

Kidde, based in Mebane, N.C., near Raleigh, says it has worked closely with the government to start the recall and make sure the extinguishers are replaced with different models as quickly as possible. The company also makes smoke detectors and other fire safety products.

The recalled extinguishers are red, white and silver and are either ABC or BC rated. They were sold at Menards, Montgomery Ward, Sears, Home Depot, Wal-Mart and other home and hardware stores, as well as on Amazon.com, ShopKidde.com and other online retailers. They also were sold for use in commercial trucks, recreational vehicles and boats.