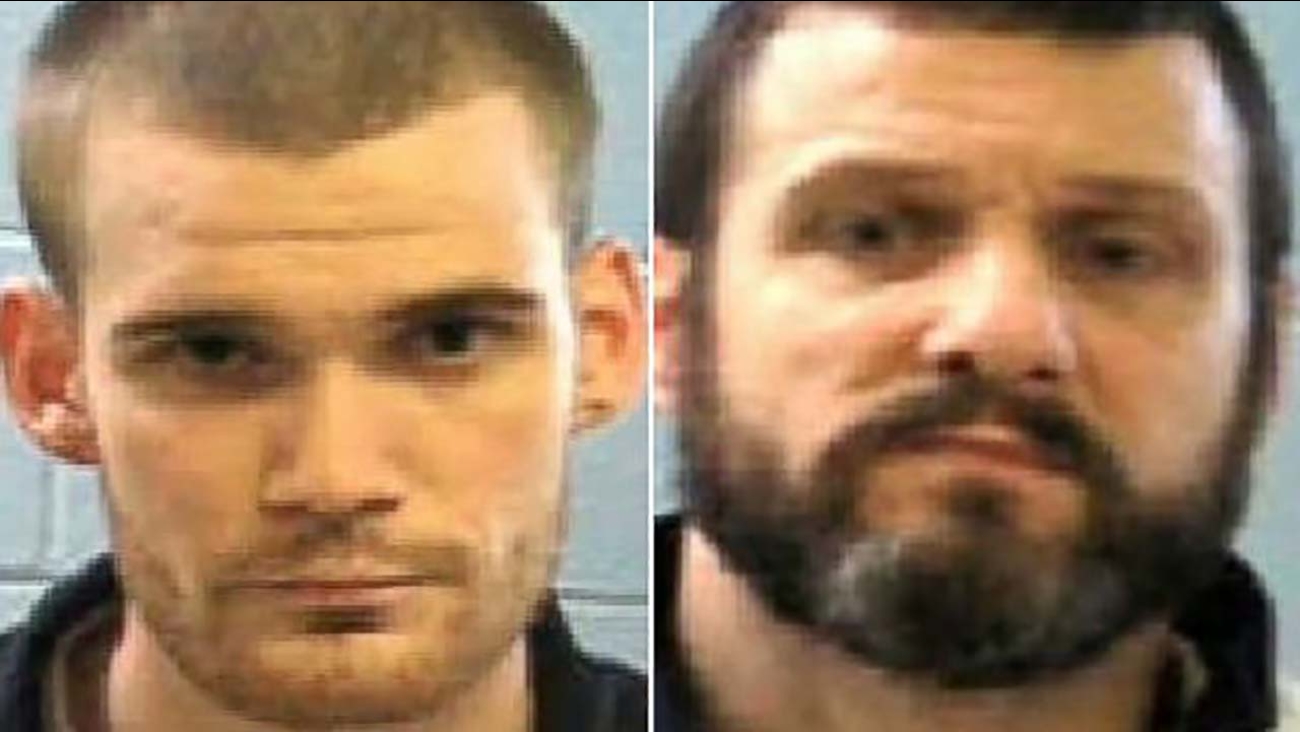 MADISON, Ga -- Two escaped inmates sought in the killings of two guards on a prison bus in Georgia were captured Thursday in Tennessee, authorities said.

Donnie Rowe and Ricky Dubose were captured in Christiana, Tennessee, Georgia Bureau of Investigation spokeswoman Nelly Miles said. She did not immediately release any more details of the capture.

Georgia Gov. Nathan Deal said in a tweet Thursday evening that the two men were taken into custody after a car chase.

The two men had been on the run since Tuesday, when they are accused of having overpowered and killed Sgt. Christopher Monica and Sgt. Curtis Billue. The killings and escape happened on state Highway 16 in Putnam County, southeast of Atlanta, as the two officers were driving 33 inmates between prisons.

The two men escaped about 6:45 a.m. Tuesday after they overpowered and disarmed the guards on a bus transporting 33 inmates, Putnam County Sheriff Howard Sills said. One of them fatally shot both guards, and then they jumped out and carjacked a driver who pulled up behind the bus on a rural highway and fled in his car, Sills said.

Sills said the two inmates got a head start by taking and tossing the Honda driver's cellphone and locking the other 31 prisoners inside the bus.

The two men traveled about 25 miles (40 kilometers) north to Madison, where they ransacked a house, stealing food and clothes, before stealing a pickup truck from a rock quarry, Sills said. That's when the trail ran cold.

Both officers at Baldwin State Prison. Monica had been with the Georgia Department of Corrections since October 2009 and Billue since July 2007.

Sills said the escaped inmates had been inside a secured area of the bus. He said he didn't know how they got through the locked cage to overpower the guards.

Protocol is to have two armed corrections officers on the bus, but the officers don't wear bullet-proof vests during transfers, Corrections Commissioner Greg Dozier said.