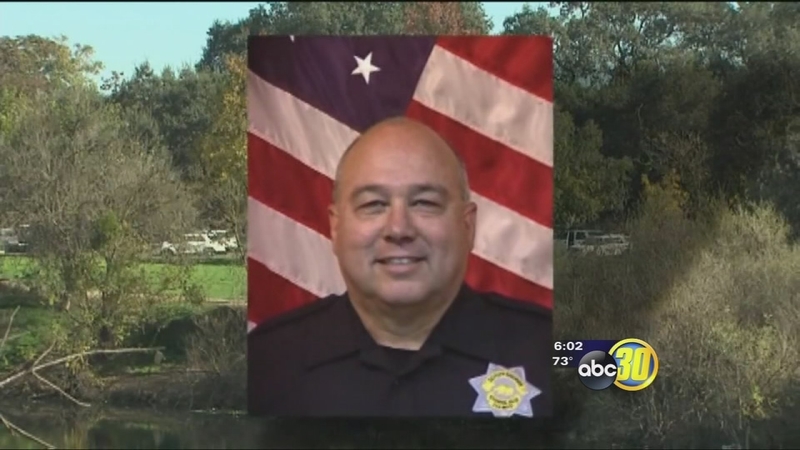 FRESNO, Calif. (KFSN) -- The investigation continues for the Stanislaus County deputy who was killed execution-style on Sunday, according to authorities.

Suspect David Machado is in custody and attorneys said he could face murder charges for the shooting of deputy Dennis Wallace. No one at the Stanislaus County Sheriff's Department wanted to say much Monday, but they said the administration was in a meeting all day regarding the tragedy.

"You can't comprehend," resident Susan Bowman said. "It's one of those things that never happens to you, this time it happened to us."

Bowman said she knew Wallace for 12 years, and said to her, and along with the rest of the community, he was more than a deputy; he was family.

"Anytime anybody needed anything or a shoulder to cry on, he was a big brother to everybody, uncle to all the little kids," she said of Wallace.

Wallace was killed while responding to a call about a suspicious car parked near a fishing spot. Machado, the suspected shooter, was found and arrested in Lindsay after carjacking an escape vehicle in Keyes, then trying to steal a woman's purse in a convenience store.

The Stanislaus County Sheriff's Department said the investigation is still ongoing and they're working on establishing a timeline of where Machado was before and after the shooting. They're also asking for the public's help, stating anyone who has had prior contact with Machado should come forward.

In the meantime, the community said they're grieving. Several flowers and candles were placed in front of the department's substation in Hughson and at their main headquarters in Modesto. Blue balloons and ribbons also lined the main street of Hughson.

"He was just an outstanding citizen," resident Tricia Galarsa said. "He had a big heart and was always wanting to help people."

A vigil was held for the fallen deputy just hours after the shooting with thousands coming to pay their respects, including Bowman and her kids who shed tears, held the flag and paid their respects.

A day later, the town was in a somber state and community members said it will take a while to heal this loss.