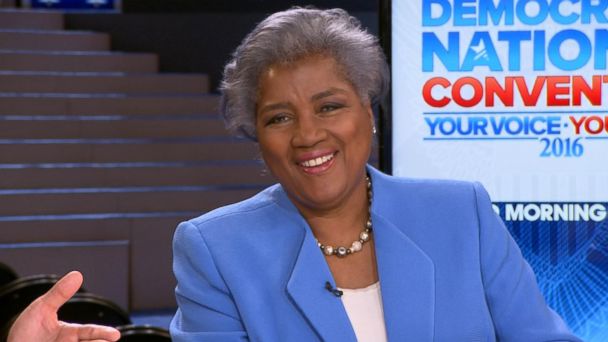 Democratic National Committee Vice Chair Donna Brazile maintained that Hillary Clinton's victory over Sen. Bernie Sanders in the party's primary was not a result of any political jockeying by committee aides.

"Hillary Clinton won fair and square. She won the most votes, the most delegates and of course the most states," Brazile told ABC News' George Stephanopoulos on "Good Morning America."

As the Democratic National Convention kicks off today in Philadelphia, controversy hangs over the Wells Fargo Center. Debbie Wasserman Schultz is expected to resign as Democratic National Committee chair at the end of the convention amid the release of internal committee emails by WikiLeaks that appear to show party officials strategizing ways to harm Sanders politically during the primaries.

"Debbie has spent a lot of time and effort pulling together this convention," Brazile said on "GMA." "She deserves an opportunity, I think, to also close us out."

According to party sources, Wasserman Schultz's role at the party's convention this week will be severely limited.

Brazile apologized for the email controversy but urged Democrats to unite. Sanders is scheduled to take the stage tonight along with Sen. Elizabeth Warren and First Lady Michelle Obama.

"We need to come together," Brazile said on "GMA."