'I will kill your family': Crenshaw arsonist leaves behind death threat 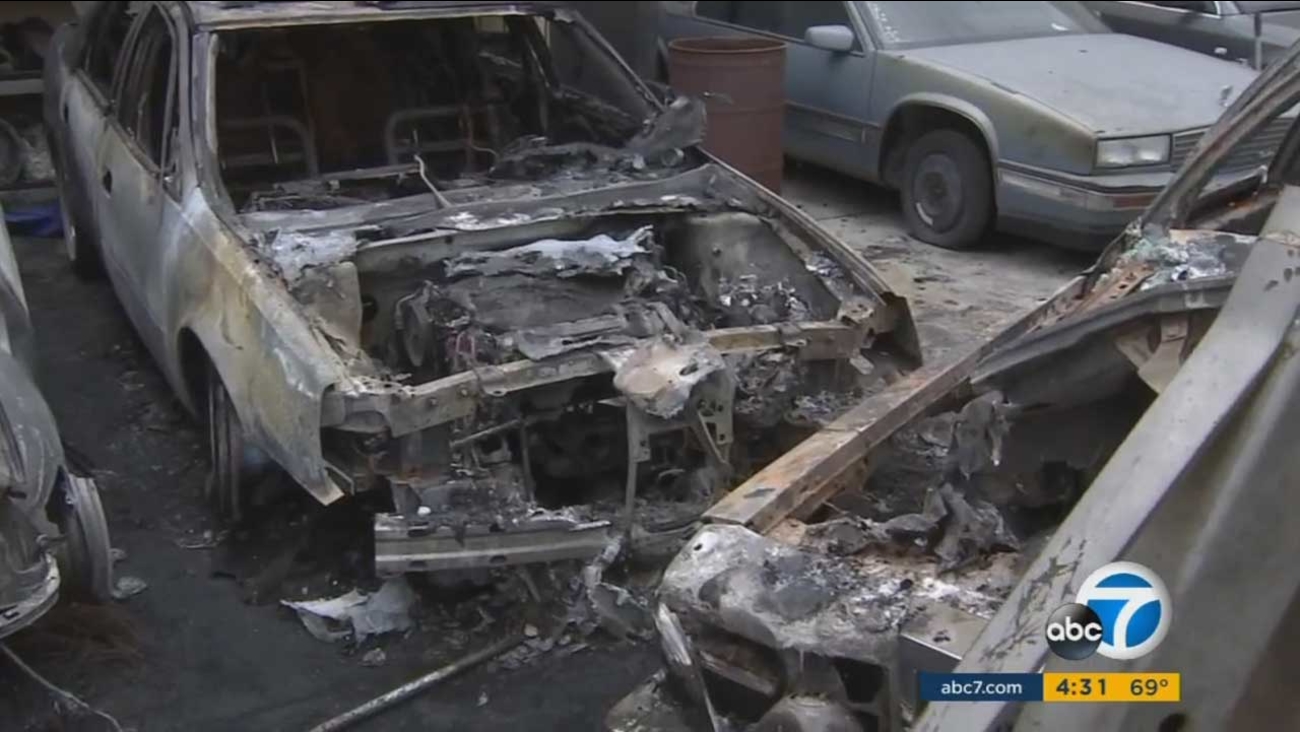 Charred cars are seen at a Crenshaw District auto body repair shop in the 3500 block of South Crenshaw Boulevard on Tuesday, May 9, 2017. (KABC)

CRENSHAW DISTRICT, LOS ANGELES -- A suspect who set fire to an auto body repair shop in the Crenshaw District left behind a threatening message, according to officials.

The Los Angeles Fire Department said it responded to the 3500 block of South Crenshaw Boulevard and found three cars on fire at about 3 a.m. on Tuesday.

One said "Richard," and another said, "I will kill your family."

"They said they would kill my family, me, but I don't have any enemy. Twenty-five years in business, this is the first time this has happened," said Richard Bermudez, owner of Richard's Auto Repair.

Due to the threatening messages, the fire was being investigated as arson.

"It's very disturbing. He's never caused any problems with any customers or given someone a reason to do something like this. In particularly threaten his life and his family's life, it doesn't make any kind of sense," said Richard Rodgers, a friend of Bermudez.