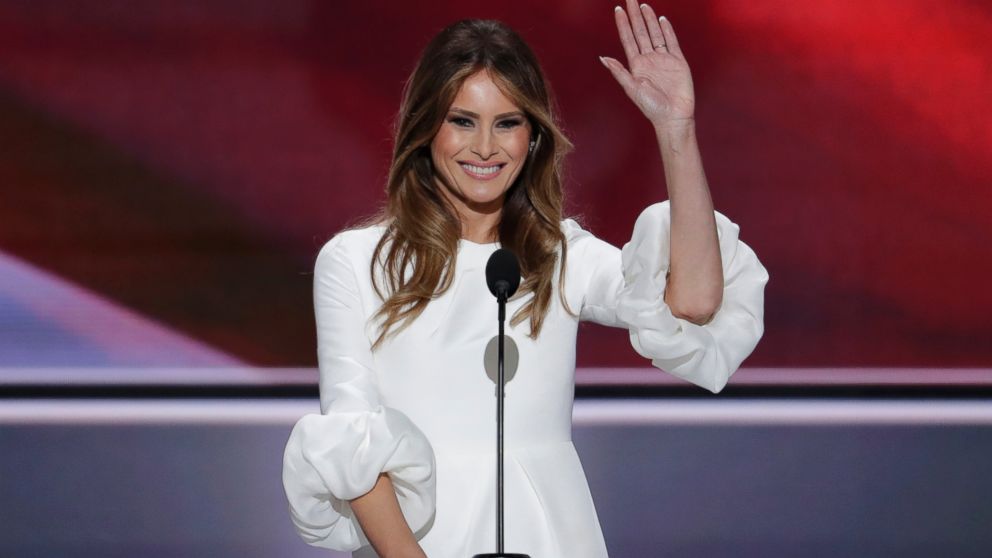 CLEVELAND -- An in-house writer and longtime friend of the Trump family has stepped forward with an apology for her involvement in the preparation of Melania Trump's address at the Republican National Convention Monday night, which bore similarities to a 2008 Michelle Obama speech.

Staffer Meredith McIver said she submitted her resignation Tuesday but the Trump family rejected it.

"A person she [Melania] has always liked is Michelle Obama. Over the phone, she read me some passages from Mrs. Obama's speech as examples. I wrote them down and later included some of the phrasing in the draft that ultimately became the final speech," McIver said in a statement, released this afternoon and written under Trump Organization letterhead. "This was my mistake, and I feel terrible for the chaos I have caused Melania and the Trumps, as well as Mrs. Obama. No harm was meant."

McIver admitted she never crosschecked the text for duplicated lines from the first lady's speeches.

Parts of Melania Trump's speech on the first night of the convention had similarities to one given by Obama during the 2008 Democratic National Convention. Melania Trump, Donald Trump's third wife, worked on her speech for the past several weeks, practicing regularly, and "wanted to tell the American people about the love of her life," a source close to the campaign told ABC News.

In her remarks Melania Trump talked about her husband, with whom she has been involved for 18 years. She spoke of the man her husband is, telling the Republican convention, "The 2016 Republican primaries were fierce and started with many candidates, 17 to be exact, and I know that Donald agrees with me when I mention how talented all of them are. They deserve the respect and gratitude from all of us. However, when it comes to my husband, I will say that I am definitely biased, and for good reason."

Melania Trump told ABC News' Barbara Walters last fall regarding her marriage to the New York billionaire, "We have great chemistry. To be with a man as my husband is, you need to know who you are ... You need to have a very independent life as well and supporting him. You need to be very smart and quick and be there for him when he needs you."

"When he comes home, we spend time together, two of us or two of us and Barron, and - just spending home and be at home, because that's a really quality time together," she said, referring to their 10-year-old son.

The Trumps are returning to Cleveland from New York this afternoon before Trump accepts his party's nomination Thursday night.