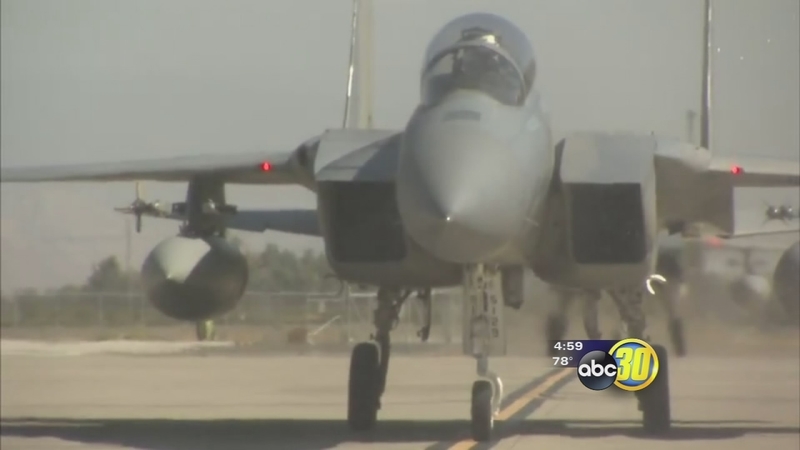 FRESNO, Calif. (KFSN) -- Political leaders from across the Valley are calling on the department of defense to immediately resolve the conflict after the Pentagon asked veterans to repay re-enlistment bonuses because of an audit error.

Thousands of soldiers in California were paid thousands of dollars nearly 10 years ago when they signed up to serve in Iraq and Afghanistan.

Defense Secretary Ash Carter is vowing to resolve a conflict over National Guard re-enlistment bonuses. Thousands of veterans are being asked to repay bonuses because they were not actually eligible for the pay-outs.

"Anybody who volunteers to serve in the Armed Forces of the United States deserves our gratitude and respect. Period."

The Justice Department uncovered rampant fraud and mismanagement by California Guard officials trying to meet enlistment targets. Investigators said more than $15-million went to pay for bonuses for ineligible veterans and now they need that money back.

On Tuesday, Congressman Jim Costa joined other house leaders by sending a letter to Defense Secretary Carter asking to halt collections and cancel repayment requirements before the end of the year.

"Men and women who served their nation in harm's way and received a bonus for re-enlisting should not find themselves where they have to repay that money. It's simply wrong."

Costa hopes Congress will resolve the matter when they go back into session after the November election.

But Assemblyman Jim Patterson is calling on Californians to join him in contacting the Department of Defense and Congress to resolve the matter now.

"You have the power to change the law, to see to it that this attack on these veterans is claw back on their legitimate earned bonuses end. And that's what we're trying to do."

Both Costa and Patterson said this situation is beyond a political mistake not about either party and that the government failed when it comes to honoring those who have served our country.

The US Senate has a committee on homeland security and government affairs looking into the issue as well.