The worsening court backlog can have negative impacts on the entire community.
KFSN
By Corin Hoggard 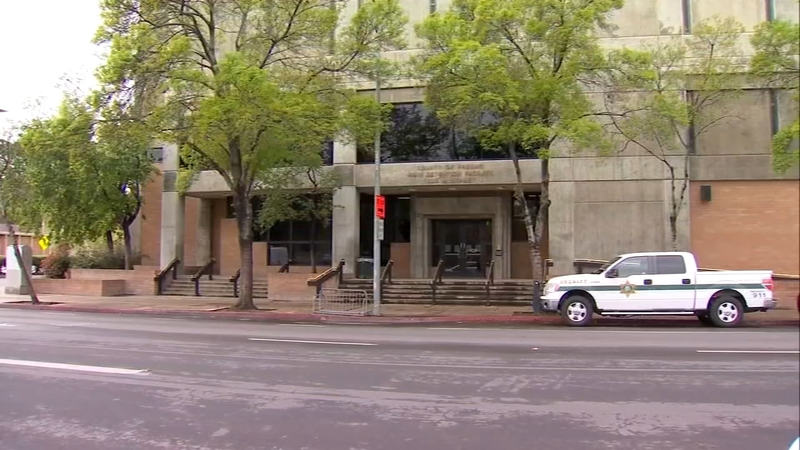 FRESNO, Calif. (KFSN) -- The wheels of justice often move far too slowly for crime victims and survivors, and during the pandemic, the wheels nearly ground to a halt.

The worsening court backlog can have negative impacts on the entire community.

17-year-old Nick Kauls was gunned down in 2018, allegedly by a man in the middle of a robbery spree traveling through Old Fig Garden.

Almost three years later, his mother is still waiting for the suspect to go on trial.

"It's unsettling to me because I want to have this somewhat resolved," said Lisa Kauls. "I want my son to get the justice he deserves. And by them prolonging this, it's very difficult."

Two COVID-related delays have pushed back the trial by at least a year.

And she's far from alone in seeing justice delayed.

Action News made a public records request to find out how many Fresno County court cases have gotten filed and how many reached a conclusion during the pandemic.

The numbers reveal a sharp decline in cases filed by the district attorney's office and in civil court in April 2020 -- from 11,394 cases filed in March to 4,675 in April.

And when that number crept back up in May and June, the number of cases closed in that time lagged behind, creating a backlog of about 4,000 cases in just three months.

District attorney Lisa Smittcamp says that can be problematic because criminal cases are not like fine wine. They do not get better with age.

"Completely losing the ability to make people who commit violent crimes responsible is just a recipe for anarchy," Smittcamp said.

Interim public defender Antoinette Taillac says her office, the DA's office, and the courts did a good job adapting, especially to make sure people in jail got to court in a timely manner even when a jail COVID outbreak in June threw a wrench in the wheels.

"We just worked extra hard to make sure those clients, their needs are met and their Constitutional rights are upheld," Taillac said.

They introduced Zoom technology, put most courtrooms on YouTube, and made it easier to settle cases without trials.

Fresno County did stop holding trials for a couple months, but got them going again last June, a lot sooner than many other California counties.

"You know, every day I have to live through what happened," she said. "For three years, every single day I've been reliving this and hoping that I'm going to get justice."

The courts have started holding more trials recently, but there are still no concrete plans for fully reopening the Fresno County courthouse.

"Though there appears to be a light at the end of the proverbial tunnel, we have no details yet on what is going to change and when," court administrators told us in a statement. "The Court adheres to State and Local health directives, so any changes to our operations are contingent on their guidance. Because of that, we do not yet know when the clerk's offices will open. Though we do not yet know when we will resume "normal" operations or even what normal will look like, the Court is optimistic that we are nearing a point where we can begin to transition back to some degree of regularity."