Artificial earthquake in North Korea believed to be nuclear test 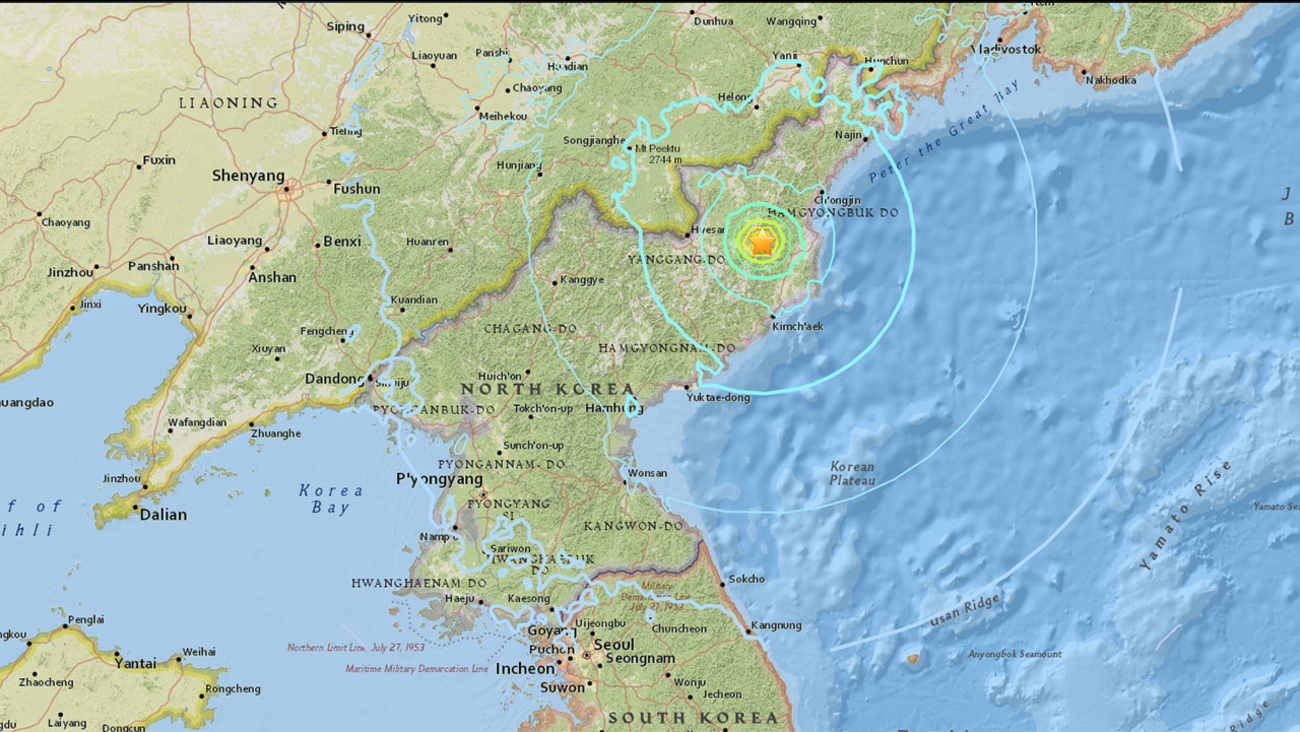 South Korean officials say they have detected an artificial 5.6 magnitude quake in North Korea and are analyzing whether Pyongyang has conducted its sixth nuclear test. (USGS)

The Joint Chiefs of Staff in Seoul says in a statement South Korea's military has strengthened monitoring and readiness and is mulling a variety of possible responses that could be pushed together with its ally the United States.

North Korea conducted its fifth test last year in September. If confirmed, the latest test would mark yet another big step forward in North Korean attempts to obtain a nuclear-armed missile capable of reaching deep into the U.S. mainland.

The apparent test came just hours after North Korea claimed that its leader has inspected the loading of a hydrogen bomb into a new intercontinental ballistic missile.

The U.S. State Department had no immediate reaction.