'It was like hell': Fresno woman exposes 'secrets' of notorious federal prison in California 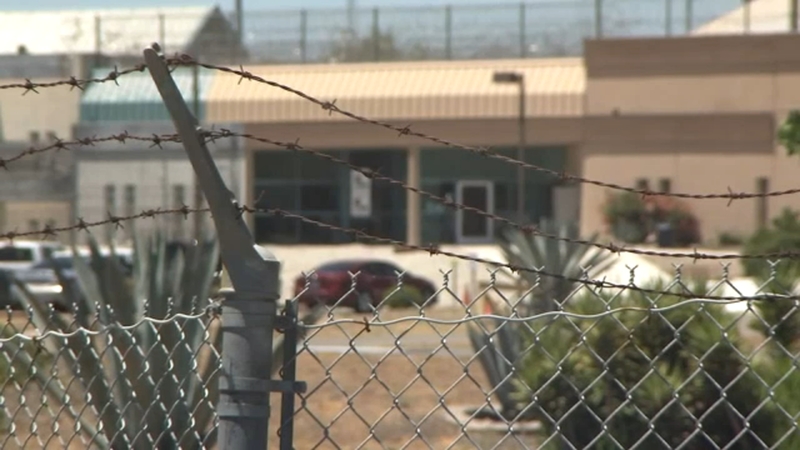 'It was like hell': Fresno woman exposes 'secrets' of notorious prison

FRESNO, Calif. (KFSN) -- A federal prison in California known as the 'Rape Club' for its culture of sexual assault and cover-ups is under heavy scrutiny and a Fresno woman says she can expose some of its secrets.

It wasn't a religious experience at all during her stay there between 2019 and 2021, but she says the guards expected her not to be a Judas.

"They'd be cooped up in the office with a girl or they'd be inside the refrigerator part and they wanted me to let them know when the other police come," Chaney said.

In a government claim Chaney filed this week, she says the worst of her abuse came from a food services foreman.

"Like he'll bump his penis up against me and I'll be like 'What is you doing?' and he'll be like 'Oh, my bad,'" she said. "But he did it like three or four times so it's not your bad. You're doing it on purpose."

Dozens of inmates have now filed complaints about abuse at FCI Dublin.

Wagner and attorney Laura Elizabeth Brown filed government claims on behalf of Chaney and another inmate, a San Diego woman who says a guard forced her to get intimate with her cellmate shortly after she arrived at the prison.

They say the abuses continued for years because inmates felt powerless, even during an internal investigation.

"They didn't feel that it was safe for them to accurately say what they knew had happened because they feared reprisals and retaliation," Brown said.

To date, federal prosecutors have filed criminal charges against five FCI Dublin employees, all the way up to the warden.

A couple dozen other employees got reassigned.

The Bureau of Prisons and Department of Justice didn't return messages seeking comment for this story, but deputy attorney general Lisa Monaco said previously the government "is committed to holding Bureau of Prisons personnel accountable. Staff misconduct, at any level, will not be tolerated, and our efforts to root it out are far from over."