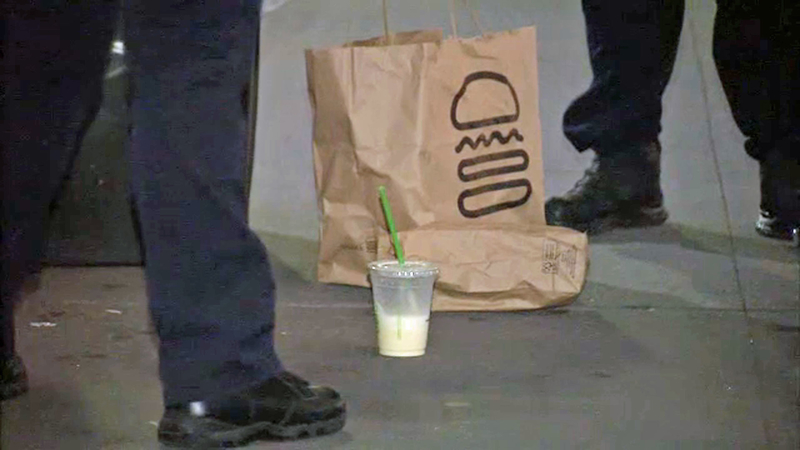 'No criminality' after officers sickened by milkshakes, NYPD says

LOWER MANHATTAN -- Police say there was no criminality involved in an incident involving three NYPD officers who fell ill Monday evening after drinking milkshakes, despite earlier allegations by police unions that the officers had been poisoned.

The incident was reported at a Shake Shack restaurant inside a subway station in Lower Manhattan.

Three police officers on protest patrol said they felt sick after taking a drink from the shake. One reported the shake had a bleach smell.

They were taken to the hospital, treated and released.

"After a thorough investigation by the NYPD's Manhattan South investigators, it has been determined that there was no criminality by Shake Shack's employees."

Officers could be seen collecting evidence, including bags of food and milkshakes, and workers were questioned.

No one was ever arrested or charged.

Detectives are looking into whether the shake machine was improperly cleaned, with cleaning fluid remnants remaining inside at the time the officers' shakes were prepared.

But before the investigation was completed, multiple police unions put out statements, including one from the Detectives Endowment Association saying their officers were intentionally poisoned.

🚨URGENT SAFETY MESSAGE🚨
Tonight, three of our fellow officers were intentionally poisoned by one or more workers at the Shake Shack at 200 Broadway in Manhattan. Fortunately, they were not seriously harmed. Please see the safety alert⤵️ https://t.co/D8Lywivhdu

And the PBA warned all of its members to carefully inspect any prepared food items they purchase while on duty.

#BREAKING When NYC police officers cannot even take meal without coming under attack, it is clear that environment in which we work has deteriorated to a critical level. We cannot afford to let our guard down for even a moment. pic.twitter.com/fbMMDOKqbV

Shake Shack issued a statement saying the company was horrified by the reports and that it was cooperating with police.

The company also said it is "working hard to get the full picture. In the meantime, we're relieved to hear the officers are all okay."

Our team is working hard to get the full picture. In the meantime, we’re relieved to hear the officers are all okay. https://t.co/rjJYFSYjZc