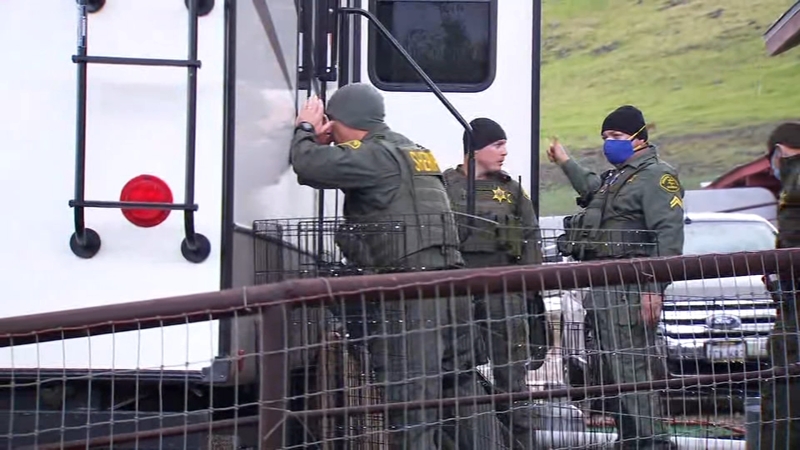 It started with knocks at doors. Deputies and officers showed up unannounced to do compliance checks on probationers, parolees, registered sex offenders, and known arsonists. Those not in compliance were handcuffed and put into the back of a van to be driven to jail.

"An operation like this is weeks in the planning," said Fresno County Sheriff's Office Sergeant Preston Little.

They split up into 11 different teams and targeted outlying areas such as Shaver Lake, Prather, Auberry, Squaw Valley, and Dunlap.

The terrain where many of the homes are presented its own challenges.

"This isn't going into a suburban neighborhood. Almost every single one of these locations is surrounded by trees or off the beaten path and they're not expecting us today," said Sgt. Little.

"We are actively hitting the targets of gangsters who are trying to hide in the mountains even though they're doing their crime in the metro area." said Sgt. Little.

Along with finding those targets, officers seized at least two firearms and a small amount of heroin during the operation.

Here’s a look at some of the firearms and drugs that were seized during Operation Gold Star today. @ABC30 pic.twitter.com/b2ORuT8jOV