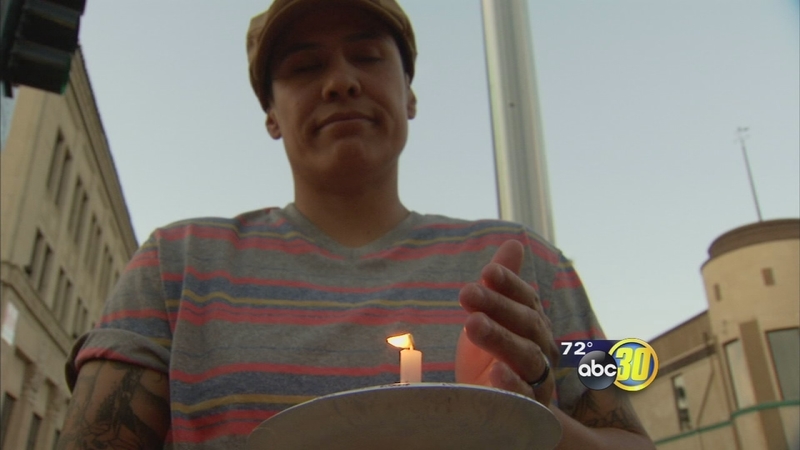 People remembered the 49 victims gunned down early Sunday at the Pulse Nightclub.

Marissa Chavez addressed the crowd at Bob Hart Square with a message of strength and unity.

But, inside, she's just as shaken as everyone else.

"We are holding a candlelight vigil for the victims of the mass shooting in Florida," she told the crowd.

The attack not only happened at an LGBT club but Saturday was also Latino Night.

"I myself am a queer Chicana," she announced. "So, I take this very personally."

The hate-filled assault brought a lot of LGBT members out and those who refuse to stand silent in the face of such violence.

"That's where people go to feel safe, have camaraderie and be accepted," Asa Gardner, who went to the vigil, said. "So, it's kind of disappointing that this happened.

While many put on a brave face, there are those who question their safety now, more than ever.

"It makes us feel very paranoid to be walking around as is," Erica Felix of Los Banos said. "And then to have this happen to somewhere where you are usually safe."

As the sun set Monday, strangers answered the call for support.

People both gay and straight showed up to stand up for love and hope.

"I understand the hatred that goes with it, but it's not enough to kill people," Gardner said. "We all reserve the right to be who we are."

This vigil follows ones held at US Merced and Fresno.