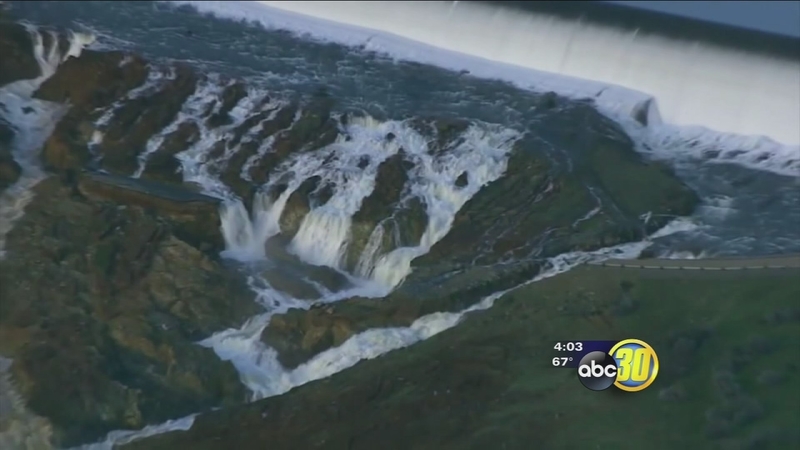 FRESNO, California (KFSN) -- In a press conference on Tuesday, authorities announced that all evacuations have been reduced to evacuation warnings, allowing residents to return to their homes.

About 180-thousand residents were evacuated on Sunday after the auxiliary spillway failed and threatened to compromise that portion of the dam. Authorities were concerned that if that section failed, a large wall of water could rush downstream and devastate the communities below.

Water has been flowing at a high rate down the main spillway - which was also damaged last week after huge chunks of concrete broke loose and a massive hole opened up. Authorities are hoping to significantly lower the level of the reservoir in preparation for the next storm which is anticipated to start on Thursday.

Crews have also been dropping large rocks and sand bags in an effort to plug holes in the auxiliary spillway area.