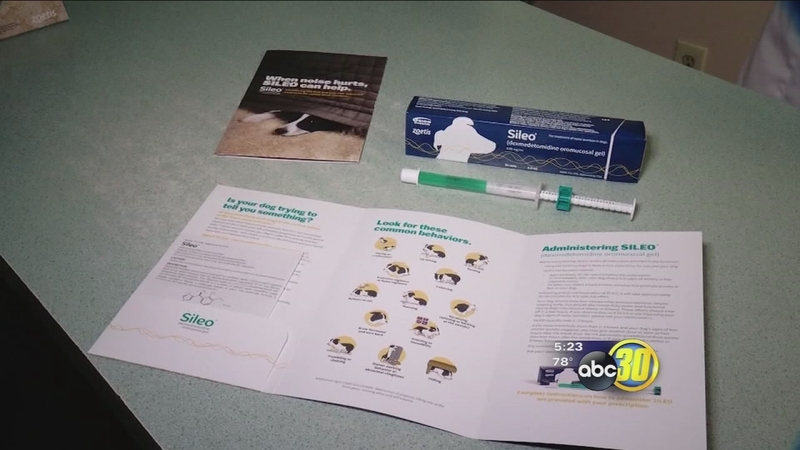 We have all heard of scaredy cats, but dogs are often the ones that really lose their cool over loud noises. Some canines even develop anxiety disorders.

Therese Kopiwoda can't imagine life without her nine-year-old Border Collie Jed. But, his fun-loving demeanor changes drastically as soon as he hears a clap of thunder. Fireworks are no picnic, either.

"If I put my hand on him I can feel his heart beating really quickly. So it's really, I mean, he's having a panic attack."

Research shows 40 to 50 percent of dog owners say their dog is scared of some sort of noise.

Jed suffers from something called "noise aversion"-- an anxiety condition brought on by loud sounds. At least one veterinarian said she sees it all too often.

"Some of the dogs you might see who are exhibiting anxiety, could be ears back, panting, hyper-vigilant, excessive lip-licking, hiding," said Dr. Heidi Meier, veterinarian.

"The really nice thing with this particular medication is that it takes away the anxiety without causing sedation or drowsiness," said Dr. Meier.

Sileo comes in gel form and is applied near a dog's gums. The FDA said the drug can be used up to five times during an event when used as directed.

Therese used it on fourth of July and took this video of Jed's reaction.

"He laid still. I could tell that he heard the fireworks, but he wasn't panting really hard, ya know, he wasn't drooling."

There are other methods for treating noise aversion, like traditional anti-anxiety meds, herbal remedies, and compression jackets like the "thundershirt".

Therese has tried most and said Sileo has worked the best so far.

"Just being able, ya know, to see him lay comfortably. It just really, it really makes me at ease and makes me feel like I'm being a better pet parent."

Each syringe costs about $25 and depending on the size of your dog, one syringe can last several doses.