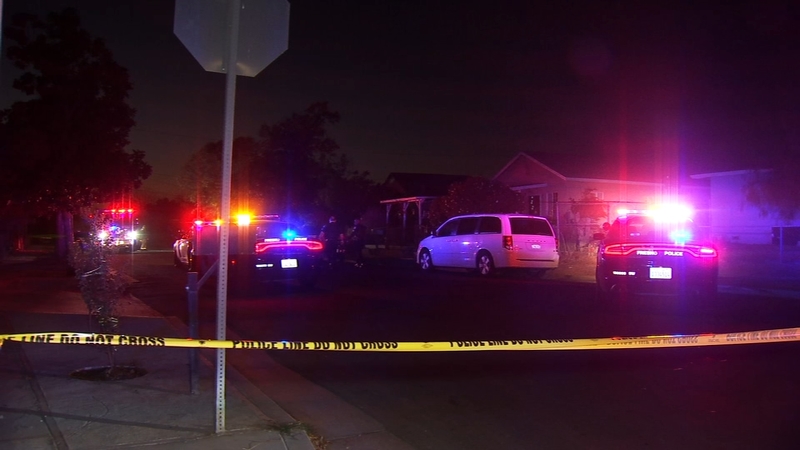 Fresno police officers responded to the area of Plumas Street and Lorena Avenue just after 5 p.m.

Police say the victim was outside with a friend when a vehicle pulled up and someone inside opened fire.

It's unclear how many times he was shot, but according to police, between five and six rounds were fired. The victim was transported to the hospital, where he later died.

The suspect took off in a vehicle.

Police say witness are cooperative as they gather information and search for surveillance video.

"The shooting does appear gang-related, but our investigators are in route to determine the exact cause of the shooting," said Fresno Police Lt. Charlie Chamalbide.

Police have the area blocked off as they continue their homicide investigation.

This is a developing story. Stay with Action News for more updates.