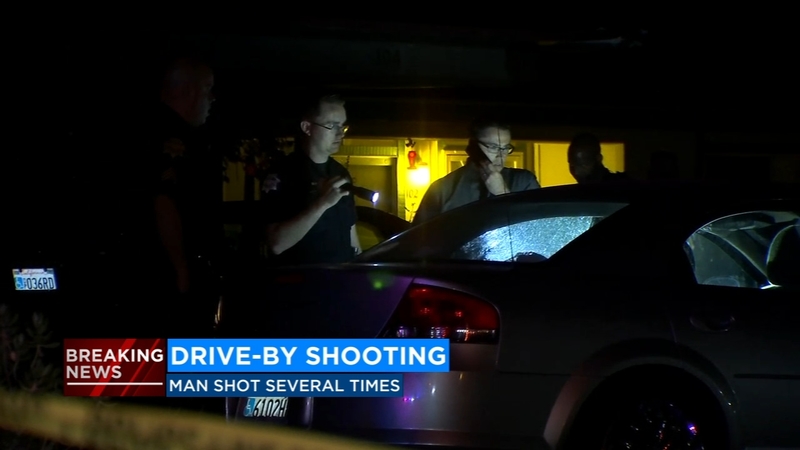 FRESNO, Calif. (KFSN) -- A man has been hospitalized after being shot several times on Marks Avenue and Pontiac Way.

They say based on the number of bullet casings it's likely there was an exchange of gunfire and right now anyone within this crime scene tape is ordered to stay in their homes as the shooter or shooters are unaccounted for.

Detectives are going door to door not only looking for witnesses but some neighbors have reported possible stray bullets hitting their home.

Police say they were called here just after 7 p.m. to find a man in his 40s shot several times in the lower body, outside of an apartment. They say he was conscious but was not markable to give a statement based on the severity of his injuries.

The lieutenant I spoke with says it's unclear how many shots were fired, but because there are several casings in the street they say it's likely it was an exchange of gunfire that happened in front of the home.

Now we did learn that two bullets made it into the residence the victim was visiting four people including a child were inside the home at the time, but thankfully they were unharmed.