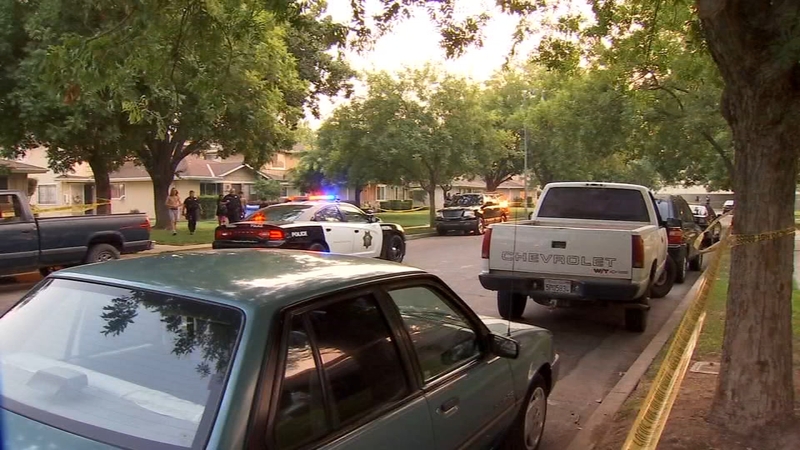 One of the dead has been identified as Jesse Villanueva. He was 29 years old.

A 17-year-old was also killed, and a 13-year-old boy, the older teens nephew was shot in the leg and is hospitalized. The teenager's names have not been released.

Fresno Police Chief Jerry Dyer says the shooting could have been even worse.

"As many as 10+ gunshots were fired in relatively close proximity; three people struck several times with gunfire, two people deceased. We could have easily had a 13-year-old shot and killed as well."

Dyer says police are looking for two men, who had an ongoing feud with the 17-year-old. He is confident they will be caught.

Noting there have been five shootings in the area in the past seven months, Dyer says steps are being taken to make the West Shaw Estates safer.

Dyer says two officers will be assigned to the area for at least 90 days.

He notes new management is in place and efforts will be made to evict troublesome residents.