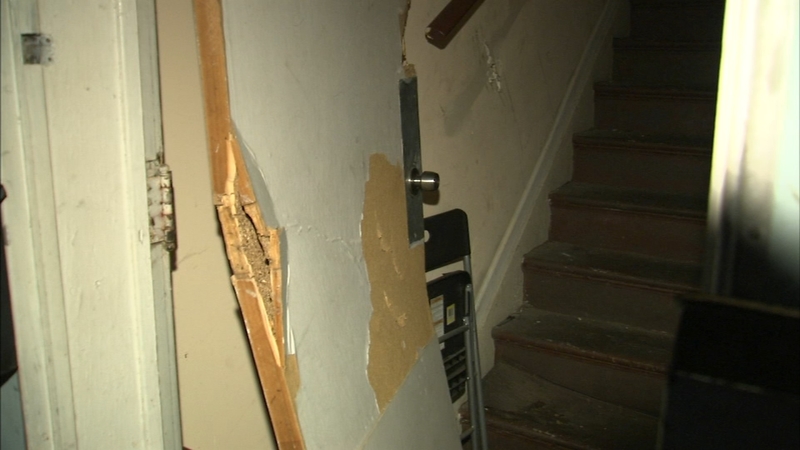 CHICAGO -- A Chicago reverend says police ripped up his home and he says it was all a mistake.

The raid happened Friday night in the Back of the Yards neighborhood. But the mystery of the mix-up deepens because of what exactly was on the search warrant.

Rev. Leron Morris says at the very least, he is owed an apology.

"Me being a disabled veteran who fought for this country and me being a minister, I never thought that my world would become undone by this. This is wrong," said Rev. Morris.

The single father of two says his life was turned upside down after he says the Chicago Police Department mistakenly raided his southwest side apartment Friday night, causing thousands of dollars in damage.

"It was a mix-up. No one said 'I'm sorry, wrong apartment, wrong place,' didn't do anything like that and that's wrong," Rev. Morris.

It all happened Friday night while Morris says he was still at work. That's when he says he got a call from a neighbor saying police were raiding his home. Neither his son nor his daughter were there at the time of the raid.

Leron Morris arrived to find his apartment in the 1200 block of West 50th Street a complete mess.

"It's terrible. They tore everything up from top to bottom. They cut the mattresses. They broke all the doors," he said.

In an email Saturday afternoon, a CPD spokesperson said they're still looking into what happened, but the search warrant executed by tactical units conducting the raid as a part of a drug investigation lists Morris's address, but the name of another man not currently living there.

"I do not know the name on the warrant, all I know is it's not me or my son or my daughter," he said.

Morris says his attempts to get some answers from the police have so far been unsuccessful.

Now he is vowing to get justice for his family and anyone else this has happened to.

"They kicked the wrong door in and they went to the wrong place. And I will not stand it," Morris said.