Celebrities, politicians participate in Women's Marches across US Alicia Keys, Ashley Judd and Madonna are shown at the Women's March on Washington on Saturday, Jan. 21, 2017.

Dozens of celebrities and politicians participated in the Women's March on Washington and others around the country Saturday.

At the march in Washington, Alicia Keys sang "Girl on Fire" and California Sen. Kamala Harris as well as Rep. Maxine Waters addressed the massive crowd. Madonna, Julia Roberts, Cher and Emma Watson were also some of the celebrities in attendance.

Actress Scarlett Johansson spoke during the march, talking about how Planned Parenthood helped her. She also mentioned how all of her friends had stories about Planned Parenthood, including one who received help from the organization to get the proper cancer treatment.

"For the more than 2.5 million patients a year that rely on Planned Parenthood services for cancer and STD screenings, birth control, safe abortion and pregnancy planning, these are uncertain and anxious times," she said.

Toward the end of her speech, she called out President Donald Trump directly, who campaigned to defund Planned Parenthood.

"President Trump, I did not vote for you," she said.

She asked that the president support her and all women instead of making decisions and policies that could "drastically affect their lives."

Many male celebrities even attended or lent their support to their female friends on social media. Nick Jonas, Patton Oswalt, Kevin Bacon and the band Pearl Jam showed some love on Twitter.

Proud of all our friends, family and fans participating in the #WomensMarch. Women's rights are human rights. pic.twitter.com/74Hp9hzADe

Hundreds of thousands of people marched in solidarity and for the protection of women's rights at the march in Washington and sister marches across the country.
Related topics:
politicspresidential inaugurationcelebrityentertainmentactorpeace marchu.s. & worldwomen
RELATED 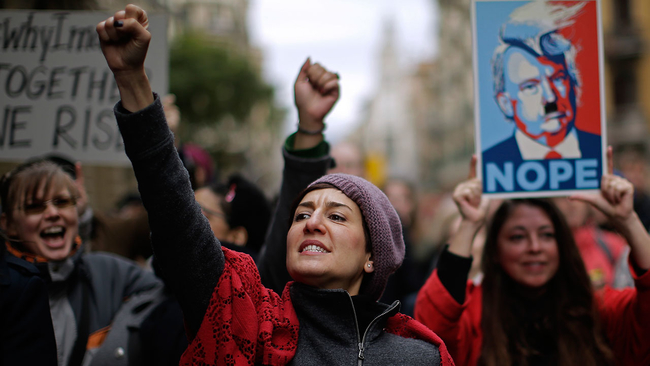 PHOTOS: Women's Marches around the world 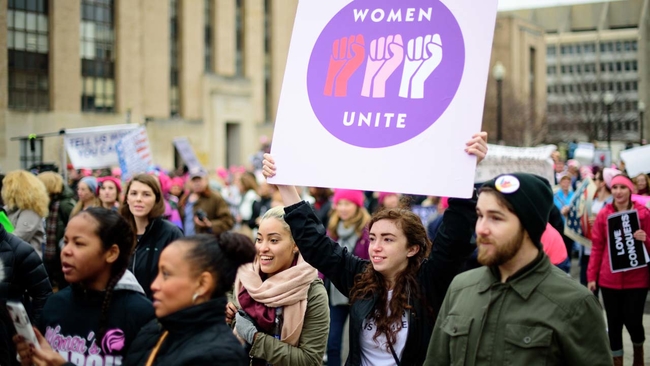 360 View: What it looked like to be at the Women's March on Washington
PRESIDENTIAL INAUGURATION