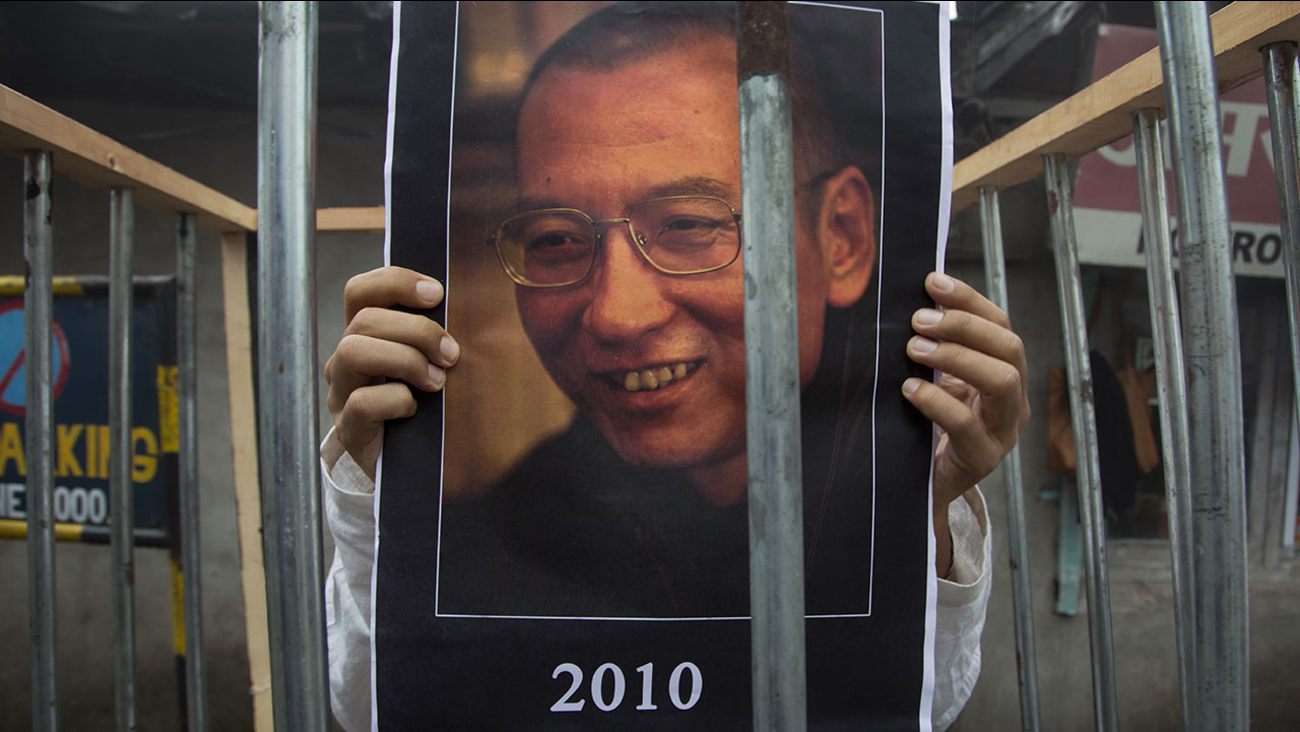 An exile Tibetan holds a portrait of the Chinese Nobel laureate Liu Xiaobo behind bars during a street protest Wednesday, July 12, 2017. (Ashwini Bhatia)

Liu had been hospitalized for advanced liver cancer diagnosed in prison in May. The judicial bureau in the northeastern city of Shenyang said Thursday he died of multiple organ failure.

His supporters and foreign governments had urged China to allow him to receive treatment abroad, but Chinese authorities insisted he was receiving the best care possible for a disease that had spread throughout his body.

Liu was imprisoned for the first time in connection with the 1989 Tiananmen Square pro-democracy protests. He was awarded the Nobel Peace Prize in 2010 while serving his fourth and final prison sentence, for inciting subversion by advocating sweeping political reforms and greater human rights in China.
Report a correction or typo
Related topics:
politicsnobel prizeu.s. & world
Copyright © 2020 KFSN-TV. All Rights Reserved.
More Videos
From CNN Newsource affiliates
TOP STORIES