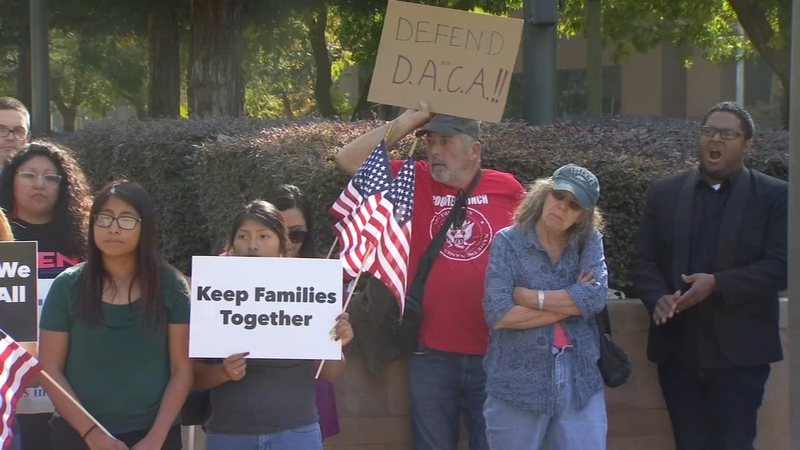 FRESNO, Calif. (KFSN) -- The fate of DACA dreamers lies in the hands of Supreme Court Justices as they consider whether the Trump administration had enough grounds to eradicate the program.

DACA supporters here at home gathered in front of the Federal Courthouse to voice their continued support for DACA and make a push for immigration reform in Congress while opening arguments were heard at the Supreme Court level.

The University of California was one of the involved groups that sued, arguing the Trump administration did not do a good enough job in explaining why they took an ax to the program.

Lower courts have agreed, and now it's left to the Supreme Court to give the final say on where the program stands.

Attorney General Xavier Becerra, the head of the department, spoke on the program's behalf. On his Twitter page, he said, "DACA recipients are nurses and doctors...Innovators at major businesses....They are indispensable to our communities."

The ruling isn't expected to come down until the spring of 2020.

One DACA recipient at the rally told Action News it's not about sustaining the longevity of DACA per se.

"We need to focus on Congress to provide a permanent solution. We knew that DACA was a temporary fix," they said.

DACA dreamers weren't the only ones to sound off on the Supreme Court case.