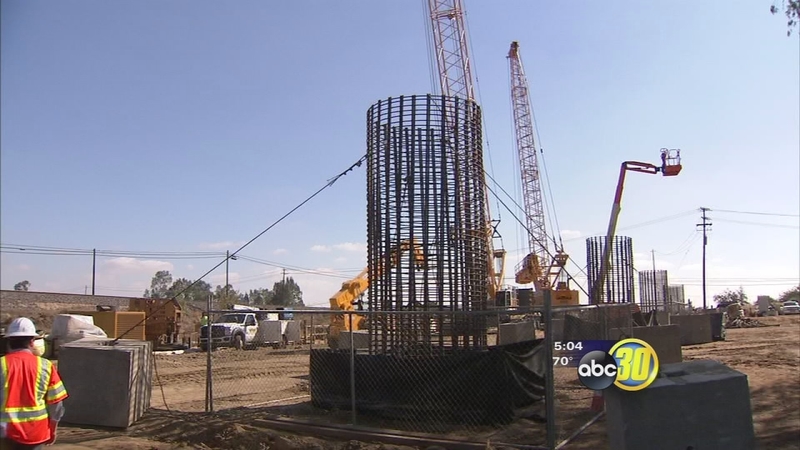 FRESNO, Calif. (KFSN) -- The columns that will support high speed rail tracks 50 feet above the Fresno River are going up and Jeff Morales, the CEO of the California High Speed Rail Authority, says more signs of progress are coming.

"What we will see in the next few months is a dramatic ramp up of work happening because we've been able to acquire the property and turn it over to the contractor to get to work."

But Assembly Member Jim Patterson of Fresno and other Republican legislators seized on a recent LA Times article which cited a contractors document claiming the cost of the Central Valley section of the project is $9 billion higher than estimated. Patterson wants an investigation. "Our responsibility as members of the legislature is to set in motion an investigatory committee that will get to the truth."

Patterson wants Morales subpoenaed and under oath. Morales said, "I'm happy to talk to anyone anywhere we don't need to go to that extreme, we are very open and transparent about what we are doing."

In fact Morales said the first two construction contracts are hundreds of millions of dollars below estimates and dismissed claims the authority is keeping secrets. He said he was not familiar with the document cited by the LA Times. "It's just wrong we've provided detailed reports to the legislature to the public." But Patterson believes the only way to find out is a legislative probe. "This does not have to be a witch hunt. This can be a hunt for facts and a hunt for truth."