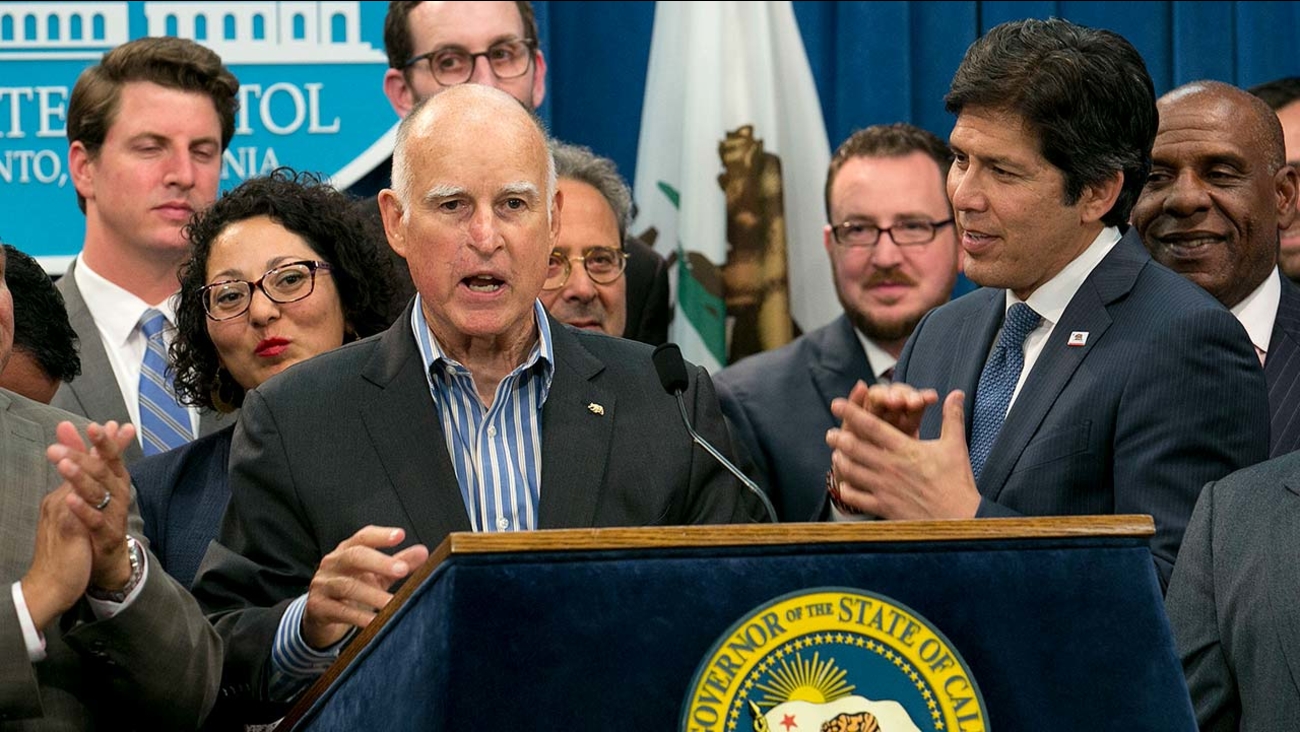 FRESNO, Calif. (KFSN) -- Governor Jerry Brown has signed a bill that guarantees up to $270 million in funding from the State of California should the LA 2028 Olympic and Paralympic Games go over budget.

Called the "Olympic Games Trust Fund", Assembly Bill 132 (AB 132) authored by Assemblyman Reginald Jones-Sawyer Sr. (D-Los Angeles) gives the Governor the power to execute games support contracts, not to exceed $270 million, in connection with the site selection process for the City of Los Angeles to become the host for the 2028 Olympic Games and Paralympic Games.

According to a document from the Senate Committee on Appropriations, "AB 132 does not contain an appropriation, but is intended to demonstrate the state's commitment as part of the Olympic bid and selection process. Any state funding would be provided in a future act of the Legislature. Staff notes that the bill makes no mention of how any revenues would be distributed or by whom. Presumably, if a future Legislature appropriates the funding necessary for the state to fulfill its obligations under a games support contract, it would specify how any revenue (and potentially the amount of those revenues) would be distributed."

The Senate Committee on Appropriations goes on to say, "Staff notes that the City's bid proposal contains several features that minimize the potential for financial risk. The LAO's July 2017 report "Los Angeles' Bid for the Olympics and Paralympics" notes that, in regards to the 2024 games bid proposal, "the IOC Evaluation Commission report-like our prior reports and those of other reviewers-finds Los Angeles' bid to be fairly low risk for the city and the Olympics." The City outlines three reasons in particular that the budget is low-risk: Los Angeles is already investing billions of dollars in infrastructure projects independent of the Games, there are no new permanent venues to build, and the city already has existing sites for the Olympic and Paralympic Village, the Olympic Stadium, and press center."
Report a correction or typo
Related topics:
politicslos angeles countylos angelesfresnocaliforniaolympicsstate politicslos angelesfresnoolympics 2028california
Copyright © 2021 KFSN-TV. All Rights Reserved.
TOP STORIES
Family of man killed after van hit Fresno taco truck speaks out
Fresno State hangs on to beat Nevada 34-32 on Homecoming night
Man stabbed to death by stepson, Tulare Co. deputies say
Motorcyclist killed in crash with van at McKinley and Temperance
New burger place opens in Fresno's River Park
Chinese American WW2 vets honored in downtown Fresno
Tulare COVID survivor gets married after months-long hospitalization
Show More
Can authorities prove if Brian Laundrie killed Gabby Petito?
Storm expected this weekend could trigger mudslides
Salami sticks linked to new salmonella outbreak
Students protest 'unlivable' conditions at Howard University
USC suspends fraternity after alleged drug-facilitated sexual assaults
More TOP STORIES News