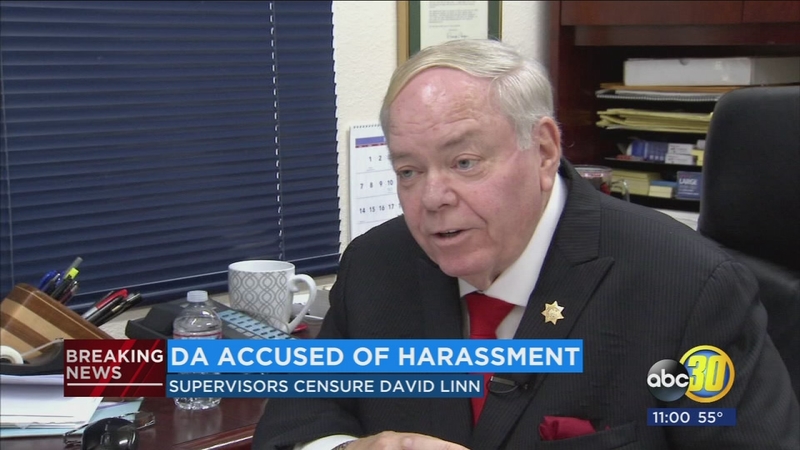 The Board of Supervisors said an independent investigation found sustained allegations revealed a pattern of abuse towards Linn's employees.

"Protecting the safety of our employees is of utmost importance, and the Board of Supervisors has to act when racist, sexist and otherwise offensive comments are repeatedly directed toward our employees," said Board Chairman Max Rodriguez.

In the censure, the Board of Supervisors also called upon the District Attorney to resign his position. They said that is the only way they can ensure the department's employees are no longer subject to mistreatment.

Linn has denied doing anything wrong and says the accusations are politically motivated.