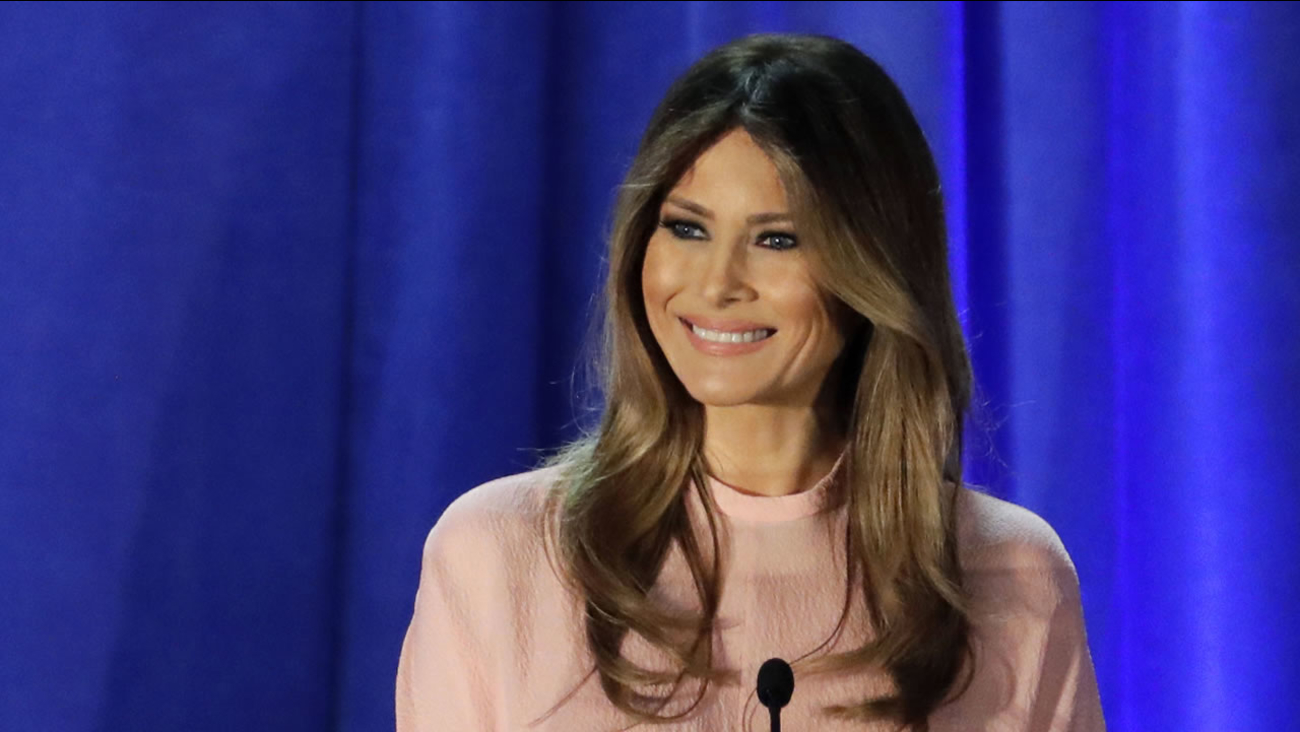 LONDON -- U.S. first lady Melania Trump has accepted an apology and damages from the publisher of the Daily Mail newspaper for reporting rumors about her time as a model, the two parties in the lawsuit said Wednesday.

In a joint statement, the parties said the Mail retracted its false statements that Trump "provided services beyond simply modeling" and agreed to pay damages and costs.

The total settlement for the U.S. and U.K. lawsuits was about $2.9 million, according to a person familiar with the settlement who spoke on condition of anonymity to disclose the information, which was not released in court.

Trump sued the Daily Mail in Britain and Mail Online in the United States over an August 2016 article, which ran in the newspaper under the headline "Racy photos and troubling questions about his wife's past that could derail Trump."

In a lawsuit filed in New York in February, the first lady's attorneys argued that the report was false and damaged her ability to develop "multi-million dollar business relationships" based on her status as a well-known figure and "successful businesswoman."

As part of the settlement, the Mail published an apology, saying "we accept that these allegations about Mrs. Trump are not true and we retract and withdraw them."

Catrin Evans, lawyer for the Mail's publisher, told a hearing at London's High Court that the company wanted "to set the record straight, and to apologize to the claimant for any distress and embarrassment that the articles may have caused her."