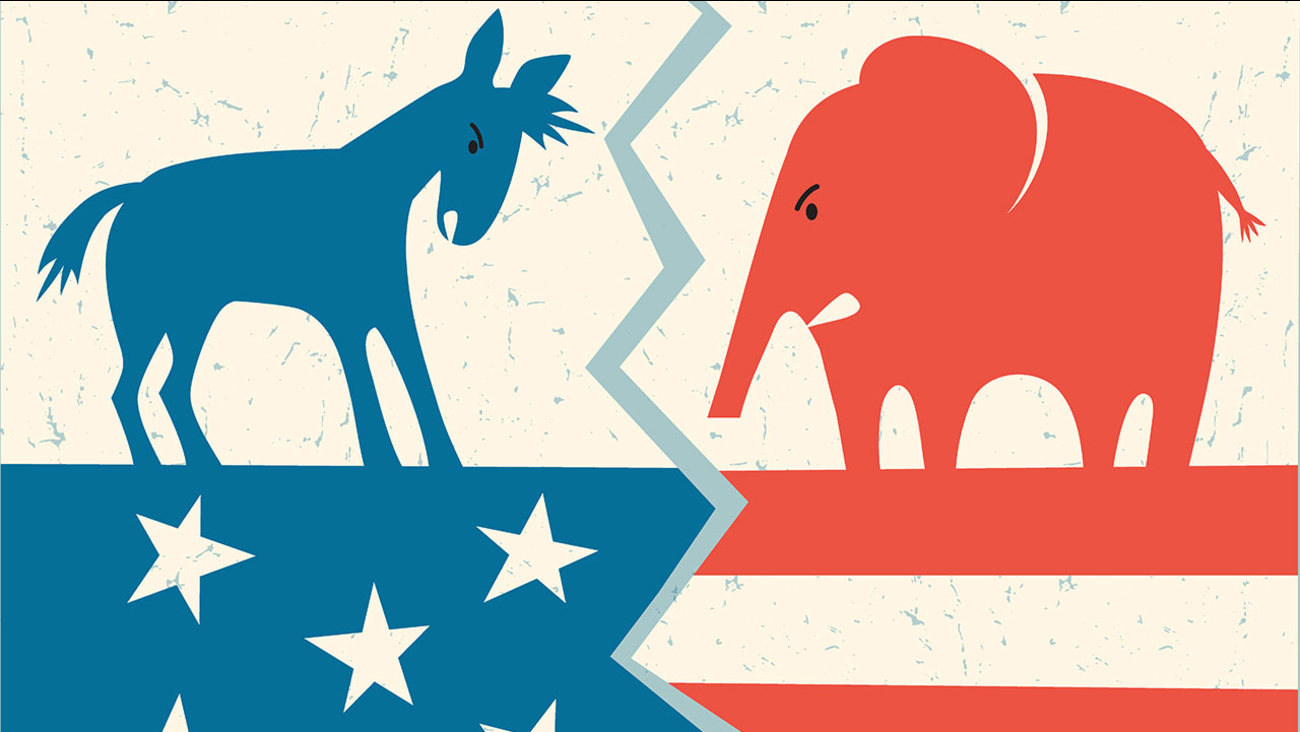 FRESNO, Calif. (KFSN) -- The so-called "Blue Wave" Democrats are hoping for in November may not make much of a splash if the results of California's recent Primary Election are an indicator.

Democrats are banking on some voters' dissatisfaction with President Trump and his policies to help them gain seats and even take over control of Congress in a "Blue Wave" across the nation.

They looked to the bluest state in the Union - California - to spark their voting tsunami by targeting several key races in the state for the U.S. House of Representatives including here in Central California.

Let's start with House District 22 where Devin Nunes is seeking his 9th term in Congress. Democrats would love to knock out Nunes, but the Primary numbers suggest he'll win again in November. If his opponent, Fresno County Prosecutor Andrew Janz, gets all the votes cast for the other Primary candidates, Nunes still wins by more than 10 percentage points in the General Election. Also, the Incumbent spent little on the Primary and still has a large campaign war chest to dip into for the General Election.

Of course, voter turnout should be higher for the mid-term election, both parties should be motivated to get to the polls, there's a large group of independent voters in the district, and November is a long way off.

District 21 is a neighbor to District 22 and the Democrats must be losing sleep over this race. Voter registration in the Latino-heavy District favors Democrats and Hillary Clinton won D21 by 16 points over Donald Trump in 2016. However, the Republican incumbent, David Valadao, took nearly 65 percent of the vote in the Primary. He'll face T.J. Cox again in November and Valadao should win his 4th term.

Clinton also won the 10th Congressional District where Republican Jeff Denham is seeking his 5th term representing the North Valley. Denham won in 2016, by a slim margin and if the Primary numbers mirror what's to come in November, then Denham will squeak out another victory. As of this writing, Denham's opponent looks to be Democrat Josh Harder from Turlock. At 31 years old, Harder would be the youngest member of Congress if elected.

The Democrats also targeted SoCal districts with the incumbent possibly in trouble (D48 Dana Rohrabacher) or retiring (D39 Ed Royce - D49 Darrell Issa).
Based on the Primary results, some of those races look tight but winnable by the GOP.

House District 16 may be the race to watch.

Incumbent Democrat Jim Costa of Fresno has been in Congress for more than a dozen years and in recent elections, he's had tough battles against Andy Vidak and Johnny Tacherra and he's facing another solid challenge in Elizabeth Heng.

The young Republican businesswoman from Fresno is the daughter of Cambodian refugees. Heng is Stanford educated and has already worked in Congressional offices. With thousands of votes yet to count, Costa is leading Heng in the Primary by some 4000 votes. Costa is winning big in Fresno County. Heng is winning big in Madera County, but only about 240 votes separate them in Merced County as of this writing.

Voter registration in D16 favors Democrats and Costa could pull out another victory depending on who shows up at the polls and returns their mail-in ballots.