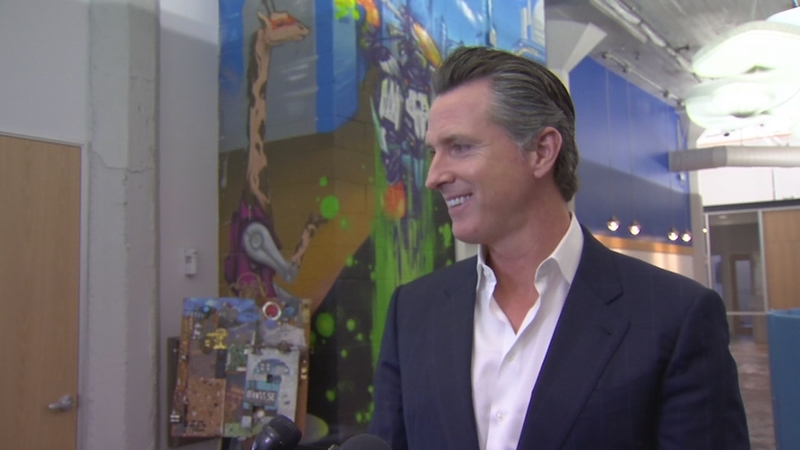 In fact, during his visit to Fresno this week, he talked about the number of town halls he has held during the campaign season so far and that he plans to spend even more time here in the Central Valley during the coming months.

That's confidence and Newsom oozes the stuff. He is a made-for-TV candidate in a state that loves star power. Newsom is well-financed, well-rehearsed, and knows his issues front and back.

He is the assumed "front-runner" and all the polling seems to back it up. The most recent Action News Poll conducted by SurveyUSA shows Newsom leading the large pack of candidates for Governor with 21%. Fellow Democrat Antonio Villaraigosa is second with 18% and Republican John Cox is third at 15%, but 17% remain undecided.

As I've previously written, the battle is for the second spot to make the November run-off. We'll get a better idea of how this race is shaping up when the final Action News Poll on the Governor's race is released next Thursday the 24th by SurveyUSA.

RELATED: POLITICAL INSIDER: The Race for #2

As I mentioned, Newsom returned to Fresno this week and took a tour of Bitwise Industries in Downtown Fresno.

He also took time-out for a quick interview with Action News to discuss jobs, the tech boom in Fresno, how he thinks he can help Valley business, and California's Sanctuary State Law.

The final response comes on the heels of Fresno County Sheriff Margaret Mims' visit to the White House to meet with President Trump regarding her department's difficulties dealing now with Federal immigration agents and undocumented criminals in light of the Sanctuary law.

Prior to the interview, Newsom joked that he was now running for Fresno County Sheriff.

Click the player above to watch the full interview with Newsom which runs about five minutes.

Please watch and give us your feedback.