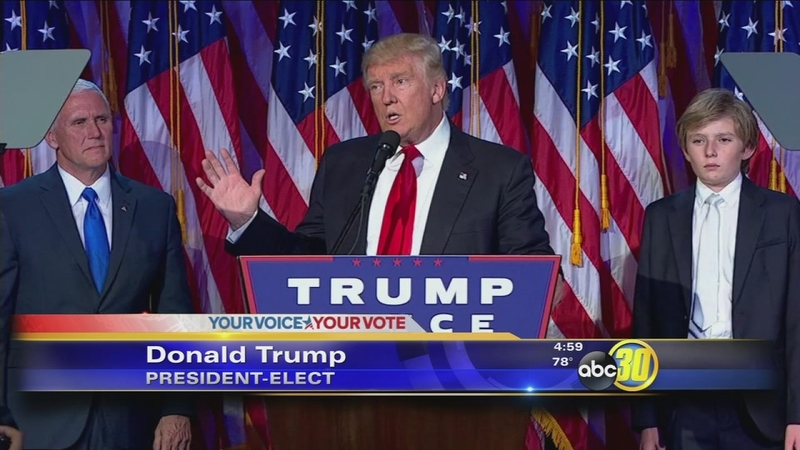 A tearful Hillary Clinton was surrounded by supporters as she publicly conceded the election.

"This loss hurts, but please never stop believing that fighting for what's right is worth it."

The tone taken by President-Elect Donald Trump was much different from the rhetoric he used during the campaign-- Trump called for peace.

"It is time for us to come together as one united people."

President Barack Obama said he looked forward to a peaceful transition as Trump prepares for his move into the White House.

"Everybody is sad when their side loses an election. The day after we have to remember we're all on the same team.'

House Speaker Paul Ryan was a high-profile critic of Trump but he said the President-Elect will now lead a unified Republican government.

"Donald Trump heard a voice in this country that no one else heard. He connected in ways with people no one else did. He turned politics on its head."