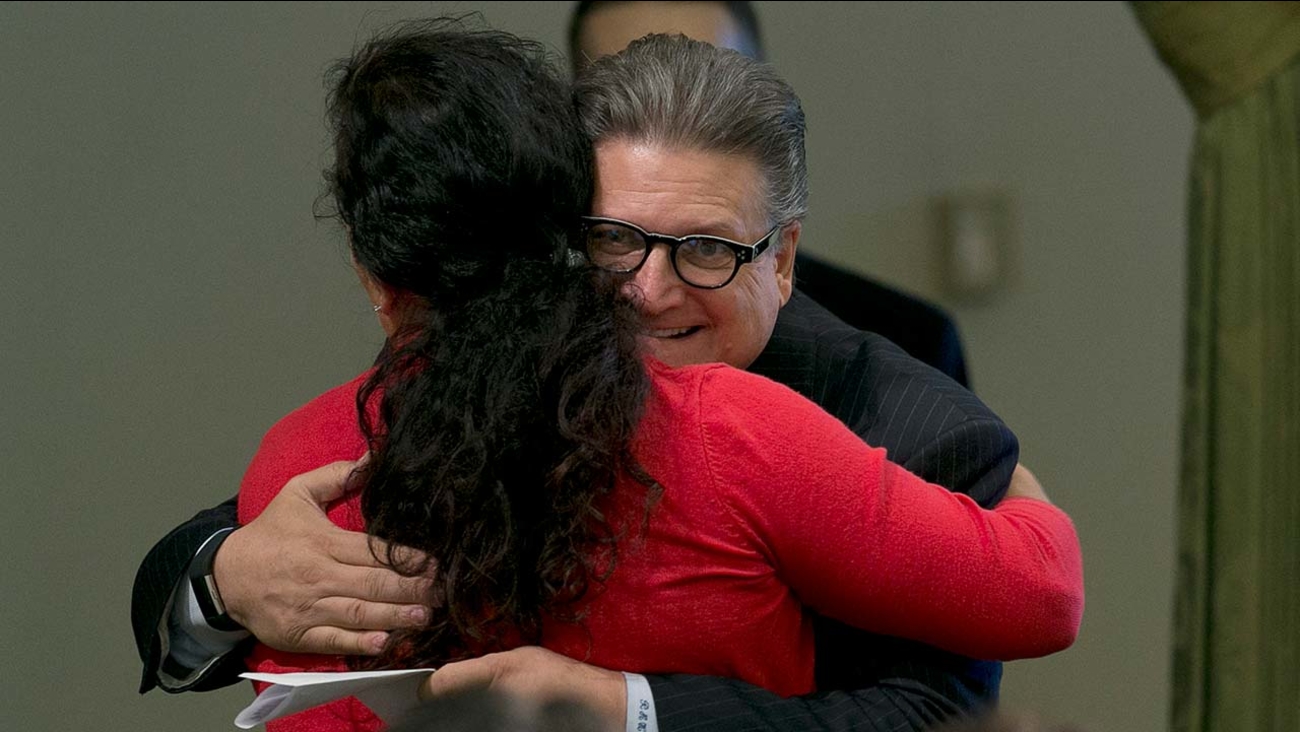 A California Democratic state senator known for greeting people with hugs is now facing allegations that his behavior made women he worked with uncomfortable.

Sen. Bob Hertzberg's penchant for hugging is so well known he has nicknames such as "Hugsberg" and "Huggy Bear." As an Assemblyman, he once handed out pins reading "I was hugged by Assemblyman Bob Hertzberg."

But three women who have or still work in the Legislature told the Sacramento Bee on Wednesday that his hugs crossed into inappropriate territory.

Their comments came as the California Legislature deals with multiple allegations of sexual misconduct, which already prompted two Assembly Democrats to resign.

Hertzberg spokeswoman Katie Hanzlik said he will now be more mindful of whether people are comfortable with his hugs in the future.

"He understands that hugs are taken differently by different people, and while he means them as a way to connect with people he expects and respects that not everyone shares the same sentiment," she told The Associated Press.

Former Republican Assemblywoman Linda Halderman said Hertzberg repeatedly hugged her for prolonged periods of time during her term from 2010 to 2012. At one point, she told him she was not comfortable with the hugs, the Bee reported. After that, Hertzberg enveloped her in a hug and thrust into her, she said.

"It was clearly a sexual thing rather than a friendly thing," she told the Bee.

Halderman said she reported Hertzberg's behavior to Jon Waldie, former chief administrative officer of the Assembly, who said "Bob's just like that."

She said Waldie said he would speak with Hertzberg about his behavior. Waldie did not return a call seeking comment, the Bee reported.

Two other lawmakers who spoke are still in office said Hertzberg's hugs also made them uncomfortable and one said Hertzberg stopped hugging her after she told him not to. The Bee did not name them because they asked for anonymity.

Hertzberg was elected to the Senate in 2014 after serving many terms in the Assembly, including as speaker.