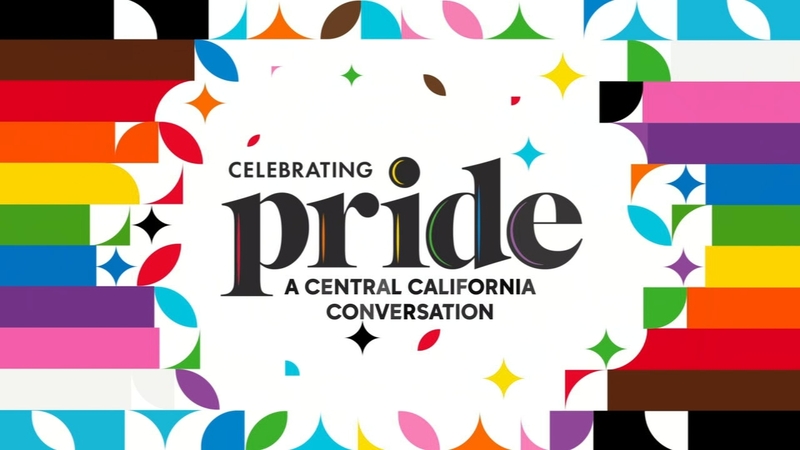 FRESNO, Calif. (KFSN) -- Pride -- it's a powerful word that holds special meaning in the LGBTQ+ community.

"Pride to us means a community celebration," says Bran Poth. "It's diversity, it's inclusion."

"I think of our togetherness and just reinforcement of arms coming together saying we see you, we hear you and you matter," says Leticia Campos.

In celebration of Pride month, we're sitting down with leaders and allies of our local LGBTQ+ community for a candid conversation about the challenges, triumphs, resources and future hopes here in Central California.

As of 2019, it was also home to the most same-sex couple households in the country.

The Williams Institute reports the state has 7.8 same-sex couples per 1,000 households.

That's more than most counties in Central California. Fresno has about 5.3, Kings is the lowest at 3.1 and Mariposa is the highest at nearly 8.9.

The most recent regional data shows less than 10 percent of the state's LGBTQ+ residents live in the Central Valley, which is a traditionally conservative area.

But Fresno itself is the 5th largest city in the state and recently, local leaders have taken steps to show their support for the local LGBTQ+ community.

Pride flags were raised for the first time last June at both Fresno City College and Fresno City Hall.

Mayor Jerry Dyer initially opposed flying the flag at city hall, but changed his mind after hearing just how much it means to marginalized members of the community.

"Even though there's been conflict, I have total peace," he said. "I know this is the right thing to do for Fresno and I know it in my heart."