The mandatory reporting provision marks the first time the Vatican has put into law requirements for Catholic officials to report allegations of sex crimes to police or face fines and possible jail time.

Francis also issued child protection guidelines for Vatican City State and its youth seminary, acting after the global sex abuse scandal exploded anew last year and The Associated Press reported that the headquarters of the Catholic Church had no policy to protect children from predator priests.

The law for the first time provides an explicit Vatican definition for "vulnerable people" who are entitled to the same protections as minors under church law. The Vatican amended its canon law covering sex abuse to include "vulnerable adults" several years ago, but never defined it.

According to the new Vatican definition, a vulnerable person is anyone who is sick or suffering from a physical or psychiatric deficiency, isn't able to exercise personal freedom even on occasion and has a limited capacity to understand or resist the crime.

The issue of whether adult seminarians, religious sisters or other adults who are emotionally or financially dependent on clergy can be considered "vulnerable people" has come to the fore in the wake of the scandal over ex-Cardinal Theodore McCarrick, a once high-ranking American cleric accused of molesting seminarians, and revelations of priests and bishops sexually preying on nuns.

The new law covers all personnel who live and work in the Vatican, the 44-hectare (110-acre) city state in the center of Rome, as well as the Holy See's vast diplomatic corps in embassies around the world.

The Vatican's ambassadors have figured in some of the most scandalous cases of sex abuse in recent years, with papal representatives accused of groping, distributing child pornography and sexually abusing minors in their far-flung posts.

The law now requires any Vatican public official who learns of an allegation of abuse to report it to Vatican prosecutors "without delay." Failure to do so can result in a fine of up to 5,000 euros ($5,615) or, in the case of a Vatican gendarme, up to six months of prison.

The legislation requires that victims be welcomed, listened to and provided with medical, psychological and legal assistance, and sets the statute of limitations at 20 years past the victim's 18th birthday.

Victims and their families are to be protected from any retaliation, the law says, answering longstanding problem faced by victims, including one who reported sexual abuse at the Vatican's own seminary only to be kicked out the following year.

Mimicking some provisions in place in the U.S. church, the provisions require background checks for staff and volunteers working with minors and calls for safe environment training for all Vatican personnel.

The accused is to be removed from their job pending the investigation, and be allowed to defend themselves.

In a statement accompanying the new law, the Vatican's editorial director, Andrea Tornielli, said while very few children actually live in the Vatican City State, Francis decided to make the legislation and accompanying guidelines a model.

Last year, AP reported that Vatican City had no policy to protect children or require suspected abuse to be reported to police, even though the Holy See required such policies in Catholic dioceses around the globe and had told the U.N. in 2013 that such a policy was in the works.

The absence of clear-cut policy became evident following revelations that a teenage seminarian in the Vatican's youth seminary had, in 2012, accused one of the older boys of sexually molesting his roommate.

Nothing came of it. Vatican police, who have jurisdiction over the territory, weren't called in to investigate. A series of bishops - including Cardinal Angelo Comastri, Francis' vicar for Rome and the archpriest of St. Peter's Basilica - said they investigated, but no one ever interviewed the alleged victim.

The student who lodged the complaint, Kamil Jarzembowski, was promptly kicked out of the seminary while the accused seminarian was ordained as a priest.

On Friday, Jarzembowski told AP the law was a positive step forward, particularly its explicit recognition that the pre-seminary falls under its jurisdiction.

"Before there was a situation where a group of kids were there, in the Vatican City State, but they were seemingly in a legal limbo," he said.

He praised the mandatory reporting requirement, noting that all survivor advocacy groups "the first thing that they do is say there must be the obligation to report to public authorities."

"I see this as something positive," he told the AP.

At the Sunday conclusion of the historic sexual abuse summit convened by Pope Francis, Vatican officials announced "concrete initiatives" generated by the meeting. Summit moderator Fr. Federico Lombardi told journalists at the Vatican that bishops assembled here "have heard the voices of the victims of the terrible crimes of sexual abuse against minors committed by the clergy. We sincerely ask them for forgiveness, as we do also of all of our brothers and sisters, for what we did wrong and what we failed to do."

The initiatives outlined today include promises of new anti-abuse discipline rules at the Vatican City State, a guidebook of sorts telling bishops around the world what their responsibilities are regarding abuse, and new task forces to assist parts of the world "that find it difficult to confront the problems and produce initiatives for the protection of minors."

Vatican officials say these are "first steps" in an effort to "abolish every form of violence and abuse against minors."

At the summit's concluding mass on Sunday, Pope Francis told Catholic leaders that "no abuse should ever be covered up as it has in the past" and vowed that "even a single case of abuse will be treated with utmost seriousness." The Pope condemned abusive clerics as the "tools of satan".

The Popes words at mass in the Sala Regia of the Vatican's Apostolic Palace mark the end of this historic Summit - where a plan to discipline bishops themselves is also now on the table.

That plan is formulated by Chicago's Cardinal Blase Cupich. He's calling for layperson involvement in investigating any bishop accused, oversight of bishop investigations by metropolitan archbishops, and Church penalties including the potential of bishops being fired if they're found guilty of abuse or mismanaging abuse cases. The church discipline would be in addition to any outside criminal penalties. Cardinal Cupich's proposal would now go to the U.S. Conference of Catholic Bishops as they formulate their plan following this summit.

"I think that we have taken steps this week that have begun to change the minds of a lot of people on this issue," said Cardinal Cupich. "I think that we are bending the arc of history on this. We have a new trajectory going forward and that is more than I had ever hoped for in this moment," he continued.

Still, abuse survivors and activists who've heard this message in Rome are skeptical.

"We desperately needed a plan, concrete reforms," said Anne Barrett Doyle, bishopaccountability.org co-director. She continued, "we got instead tired recycled rhetoric, promises we have heard before."

"Good words, change of tone, change of tenor" said abuse survivor James Falusczak. He added, "we need to hear that but most importantly, we need action on that."

The bishop leaders at the summit have personally heard stories from abuse survivors - painful stories that may have great impact.

"I'm hearing people say, especially after hearing the victims, their perception is transformed, their understanding is transformed that even if it's not to the level that we see in other countries, they have a common ownership of this problem," said Cardinal Cupich.

In the mass' homily this morning, Archbishop Mark Coleridge of Brisbane, Australia promised bishops would never turn back from this watershed moment.

"We will do all we can to bring justice and healing to survivors of abuse, we will listen to them, believe them and walk with them," Archbishop Coleridge said. "We will ensure that those who have abused are never again able to offend; we will call to account those who have concealed abuse," he continued.

On Monday, summit organizers including Cardinal Cupich will meet with the Pope to discuss and evaluate what was accomplished this week and where church leaders will go from here.

AG Madigan: There are more abusive priests than dioceses disclosed 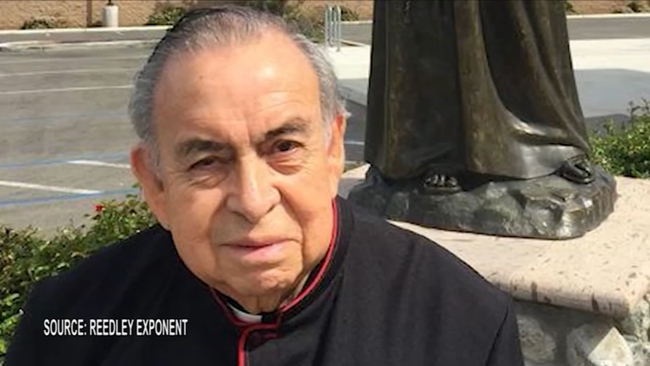