Texas police officer under investigation after violent arrest of woman 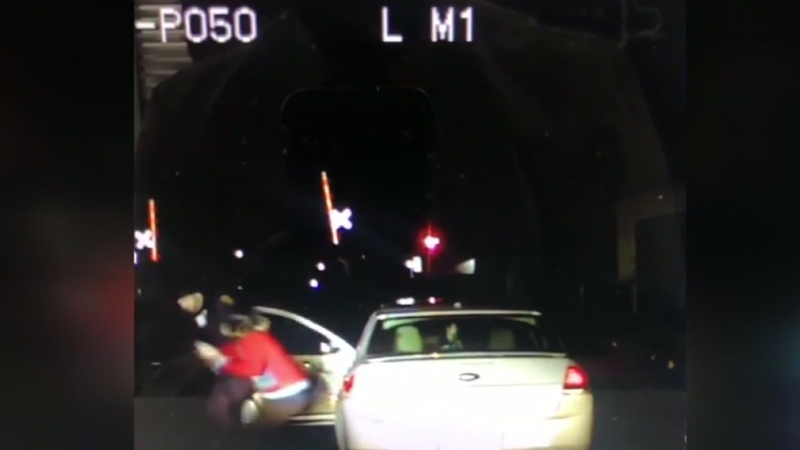 RICHMOND, Texas -- A Richmond Police officer is on leave and the Texas Rangers are investigating after a video of a traffic stop raised serious questions about the officer's conduct.

Body camera video of officer accused of brutality in arrest of woman for having a broken tail light.

On Jan. 31, Officer Bradley McNeal pulled over Izzy Moreno for allegedly having a back light out on her car near Second and Morton Street in Richmond. Shortly after Moreno stopped her car, Officer McNeal is seen on dashcam video as telling Moreno to get out of the car.

After Moreno began asking why she needed to get out of the car, McNeal is seen on video pulling Moreno out.

Within 30 seconds of the officer and Moreno having contact, you can see on video that McNeal used a sweeping motion to put Moreno on the ground.

Backup officers were called and Moreno was placed under arrest.

"I didn't know what was going to happen," Moreno said. "I've never been in a physical fight with another girl, much less being manhandled that way."

Moreno was hauled off to jail and charged with several offenses, including assaulting a peace officer.

A few weeks after her arrest, Moreno's attorney, Wilvin Carter, obtained the dashcam and bodycam videos. He became immediately concerned with the officer's conduct. Carter showed the videos to the Fort Bend County District Attorney's Office, as well as the Richmond Police Department.

"This officer knew his dashcam was on, he knew his body camera video was on, and he felt totally comfortable behaving in the manner which he behaved," Carter said.

Subsequent to the meeting, Carter said authorities dropped the charges against Moreno. In addition, Richmond Police have begun an internal investigation. The department has also asked the Texas Rangers to conduct a separate independent investigation.

"As soon as we received (the complaint), the chief called in the Texas Rangers and asked them to conduct an investigation while our internal investigation is ongoing as well," said Richmond Police Lt. Lowell Neinast.

Carter, Moreno's attorney, says he is also in contact with the Department of Justice on potential civil rights investigations.

"We want this to be an impartial investigation, we want it to be an entity that has nothing to do with the State of Texas," said Carter, who also wants the officer fired.

Currently, McNeal is on leave with pay.