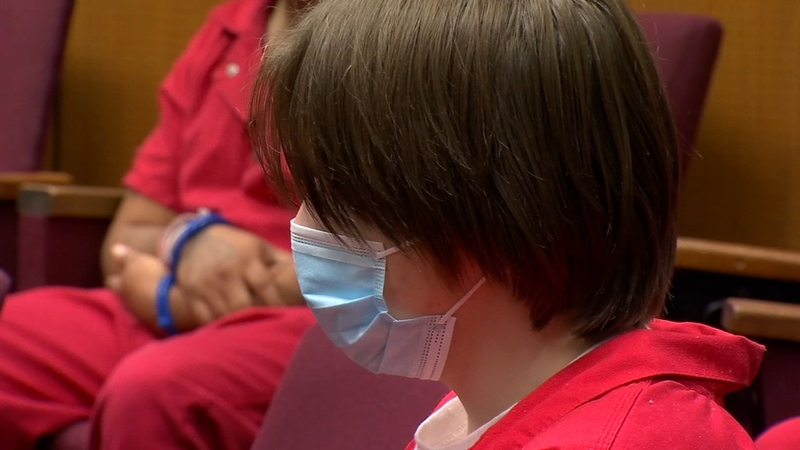 Fresno teenager pleads 'not guilty' to murders of father and brother

FRESNO, Calif. (KFSN) -- A Fresno teenager pleaded not guilty Tuesday to the murders of his father and brother - a crime that qualifies for the death penalty.

Police say the 18-year-old tried to pin the shootings on his younger brother, but the evidence told a different story.

What he says next may be the difference between life and death.

"Are you entering a general time waiver at this time?" Judge Gary Hoff asked him Tuesday.

"Do you understand what a general time waiver is?" the judge asked.

That was the extent of his courtroom comments.

Police arrested the 18-year-old in July, two months after the deaths of Patrick and Brian Cotter - his father and his 15-year-old brother.

Robert initially told police it was a murder-suicide committed by Brian.

His remaining family told Action News they just want a straight story about what happened.

"(We're) trying to figure out why this happened," said an aunt who wanted to remain anonymous. "What we could've done to stop it. And I love Robbie and I hope he knows he's loved. But we just don't know why."

"Was there animosity between the father and the son?" Capozzi asked. "Was there any domestic violence? There are a lot of factors that could come into play."

Cotter's mental health, his mother's recent death, and his relationship with his father will all be factors.

Capozzi says prosecutors may use the death penalty in negotiations over a possible plea or punishment, but given Cotter's age, they might need more to get a death sentence.

"If more facts come out: was he lying in wait? Was he waiting at home with a gun, ready to kill his dad and kill his brother? Those are two circumstances that lead to a death penalty," Capozzi said.

Cotter is jailed with bail set at $3 million.

He's due back in court in November.