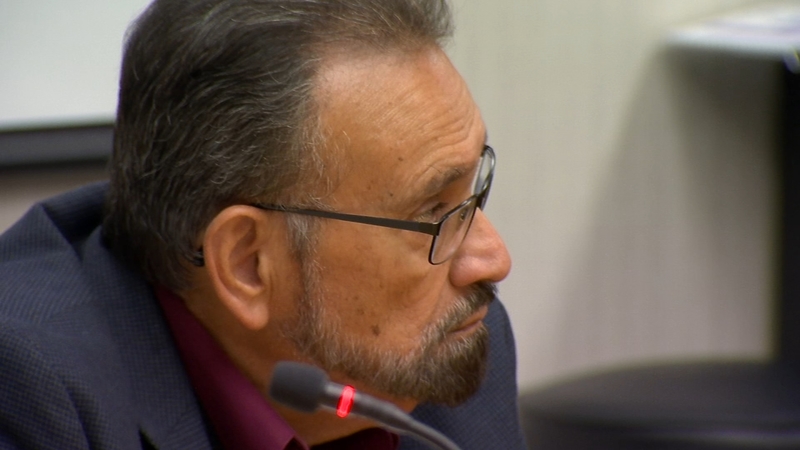 FRESNO, Calif. (KFSN) -- A now-former FAX bus driver is headed towards a trial for manslaughter and hit-and-run after his bus hit and killed a man crossing the street.

Rudy Alderette bowed his head into his folded hands as he found out the charges against him are still standing.

Since the day he hit and killed Javier Silva in a crosswalk at Fruit and Shields last January, the former city bus driver has maintained he had no idea he hit anyone.

A defense animation showed the pedestrian popping into focus just before the crash.

And video from the bus shows Alderette looking to his left shortly after a sound about as loud as crossing train tracks.

"If you have a bus that's traveling on a normally unobstructed roadway and the driver hears the noise as was heard on the SafetyVision video, both cameras 1 and camera 2, a reasonable driver should stop to see what he or she struck," Judge Harrell said.

But Alderette's defense attorney also heard some potentially helpful words from the judge.

"The Court does not find that Mr. Alderette did anything intentional," he said. "In the Court's view, this is a horrible, tragic accident."

"He also said the People need to sit down and talk to us about this," said defense attorney Marc Kapetan. "And I think that's a positive for us because that's what we've been saying all along."

Marc Kapetan says there's room for negotiation with prosecutors. He says Alderette might've committed an act of negligence worthy of a misdemeanor, but not the felony charges he's facing.

"He has compassion," Kapetan said. "He has common sense. And I don't think he's guilty at all of a hit and run, knowing that a person was injured."

Alderette is due back in court next month.