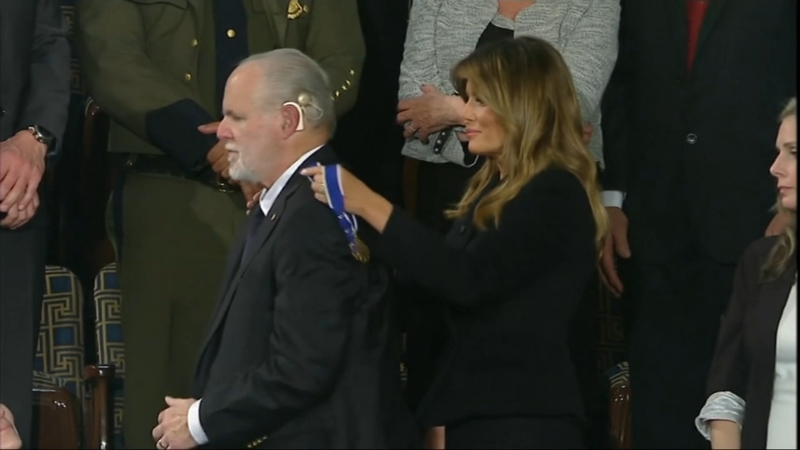 Rush Limbaugh says his lung cancer is getting worse

Rush Limbaugh, the conservative talk show radio host, is battling stage 4 lung cancer and said Monday he's had a setback in his prognosis.

"The scans did show some progression of cancer," he told listeners of his radio show. He later added: "It's not dramatic, but it is the wrong direction."

The 69-year-old was diagnosed with lung cancer in February.

Limbaugh said his doctors changed his medications in "hopes of keeping additional progression at bay for as long as possible." Prior to this week's update, he said that cancer "had been reduced, and it had become manageable."

"It's tough to realize that the days where I do not think I'm under a death sentence are over," Limbaugh said. "Now, we all are, is the point. We all know that we're going to die at some point, but when you have a terminal disease diagnosis that has a time frame to it, then that puts a different psychological and even physical awareness to it."

Limbaugh has been hosting "The Rush Limbaugh Show" in national syndication for more than 30 years. He is a Republican party icon and a close ally of President Trump's. Trump appeared on his show two weeks ago in lieu of the canceled second presidential debate.