WARNING: The video below may be disturbing for some audiences. Viewer discretion is advised.
KFSN
By Amanda Aguilar 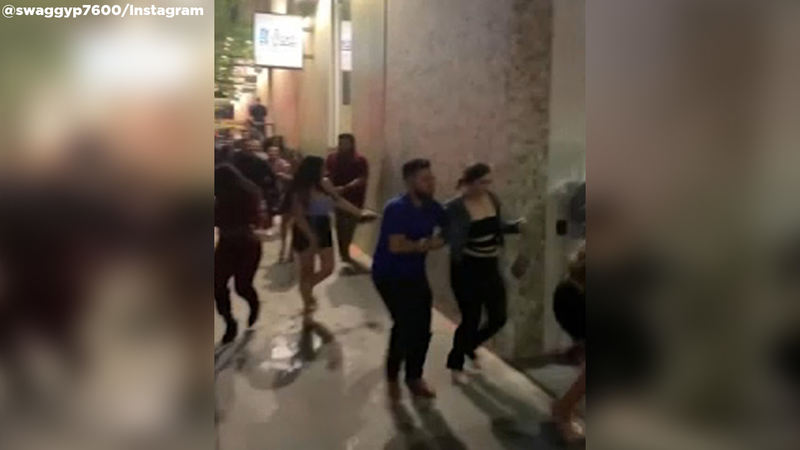 WARNING: The video above may be disturbing for some audiences. Viewer discretion is advised.

You can see and hear people running for their lives as the shots ring out. Some people are seen trying to find safety in the doorways of businesses as the chaos unfolds.

The gunfire lasts for about 45 seconds in the video.

The shooting took place at 10th and K Street around 2 am on Sunday. The area of downtown Sacramento is close to the Golden 1 Center, which hosts the NBA's Sacramento Kings and several concerts.

According to the arena's website, rapper Tyler the Creator had a show that same night.

Crowds of people filled the streets as places were closing up.

The city's police chief confirmed a fight had taken place before the shooting, but investigators aren't sure if they are connected.

Officers patrolling the area heard the shots and were at the scene within seconds where they found multiple people injured.

Sacramento's police chief says 18 people, all adults, were shot. Three men and three women were killed. The 12 injured were taken to hospitals.

As police search for at least two shooters, family members are mourning the loss of their loved ones.