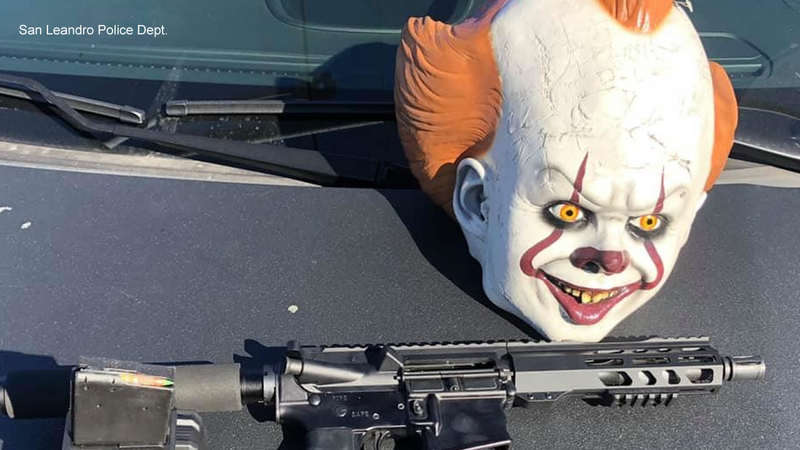 SAN LEANDRO, Calif. -- San Leandro police arrested a man during a traffic stop after they found an "It" clown mask, marijuana and a gun in the car.

Police said they made the stop around 12:05 p.m. on Sunday at 150th Avenue in San Leandro.

While searching the vehicle, an officer found a fully loaded AR-15 hidden in a bag in the backseat. The AR-15 had a 50 round drum magazine with one bullet in the chamber

The suspect was arrested and booked on multiple drug and weapon violations, police say.

"This was a great traffic stop that took an illegal and dangerous weapon off the street," San Leandro police wrote on Twitter. "This is another positive outcome in keeping the citizens of San Leandro safe."