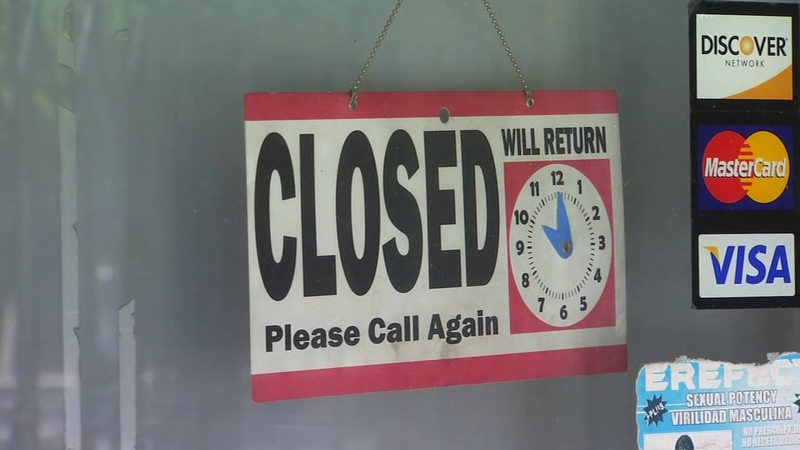 FRESNO, Calif. (KFSN) -- Dozens of small businesses in the city of Fresno are about to get a desperately needed cash infusion.

The first $750,000 from the city helped 116 small businesses stay afloat by letting them cover the basics.

"We're seeing that the small businesses are using it to pay rent, mortgage, some employees that they carried on or the owners themselves, and of course utilities that they had to continue to pay," said Fresno City Council President Miguel Arias.

Two business owners told Action News they would've closed without the city's original loan-to-grant program. On Thursday, city council voted to change all the loans into grants right away instead of after a year.

The move makes sure the program qualifies for federal CARES Act spending from the $92 million the city received from the federal government, which is handing out its own loans through the Paycheck Protection Program.

But several business owners say they've struggled to access that pot of money.

"They're hurting," said City Council Member Mike Karbassi. "They may not get the big PPP loan, but they need to know that their city is committed to protecting not only them but the jobs they create."

The city has stepped in with $2.75 million in grant money so far. They'll announce the second round - $2 million - in the next few days.

To make the maximum impact, they tried to focus more in the second round on businesses that were completely or mostly shut down: bars and breweries like Full Circle in downtown Fresno, theaters like Good Company Players, and restaurants like the Cosmopolitan Tavern.

About 300 more businesses will get money this time, and it's not the last lifeline the city will offer.

"The council has signed off on adding several million dollars more," Arias said. "We will take the final vote on June 30 and we might add up to $7 million total for small business relief."

Council members have made small changes to the program and they'll figure out new criteria for future grants.

"It may be some of those new businesses that are just opening up that have been closed a long time," Karbassi said. "It may be businesses like restaurants that are just severely impacted. yeah, they were open a little while but their business went from 100% to 20, 10%. I mean, they have not been able to recover."