VIDEO: School bus with 23 students inside flips over when street racer causes crash

Mario Perez was allegedly racing a blue Mustang at more than 100 miles per hour before the moment of impact.

We're seeing new video from inside of a school bus showing what happened as a car slammed into the bus, with children inside. Two people were severely hurt.

ALBUQUERQUE, N.M. -- Newly released video from inside a school bus shows the moment a street racer crashed into its back wheel, causing the bus to flip on its side and hurling more than 20 out of their seats.

Students from George Sanchez Collaborative Community School are heard screaming and crying after a white Ford Mustang slammed into the passenger side of the bus in Albuquerque, New Mexico, on Wednesday, Feb. 23.

"Someone help Lizzie," one student yells as the children scramble to exit the school bus.

The driver of the Mustang, identified as 49-year-old Mario Perez, was allegedly racing a blue Mustang at more than 100 miles per hour before the moment of impact, ABC affiliate KOAT reported.

Perez suffered a broken femur and was charged with two counts of great bodily harm by vehicle. Witnesses told KOAT the other vehicle sped away after the crash. There are no reports of that driver's arrest.

Of the 23 students on board, seven were taken to the hospital. Two suffered serious injuries to their legs and another had a fractured pelvis, KOAT reported.

"As a parent, that would be my worst nightmare if your kid was in an accident on the bus," local resident Jennifer Esquerra told KOAT, 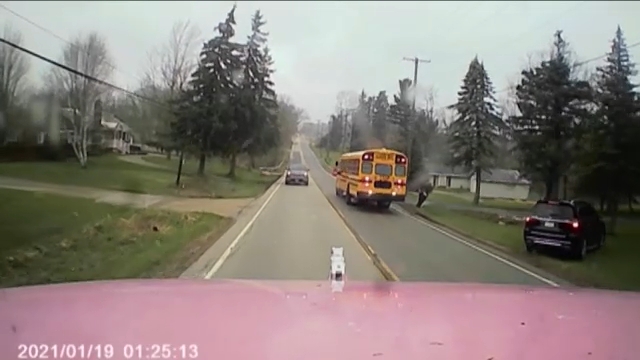 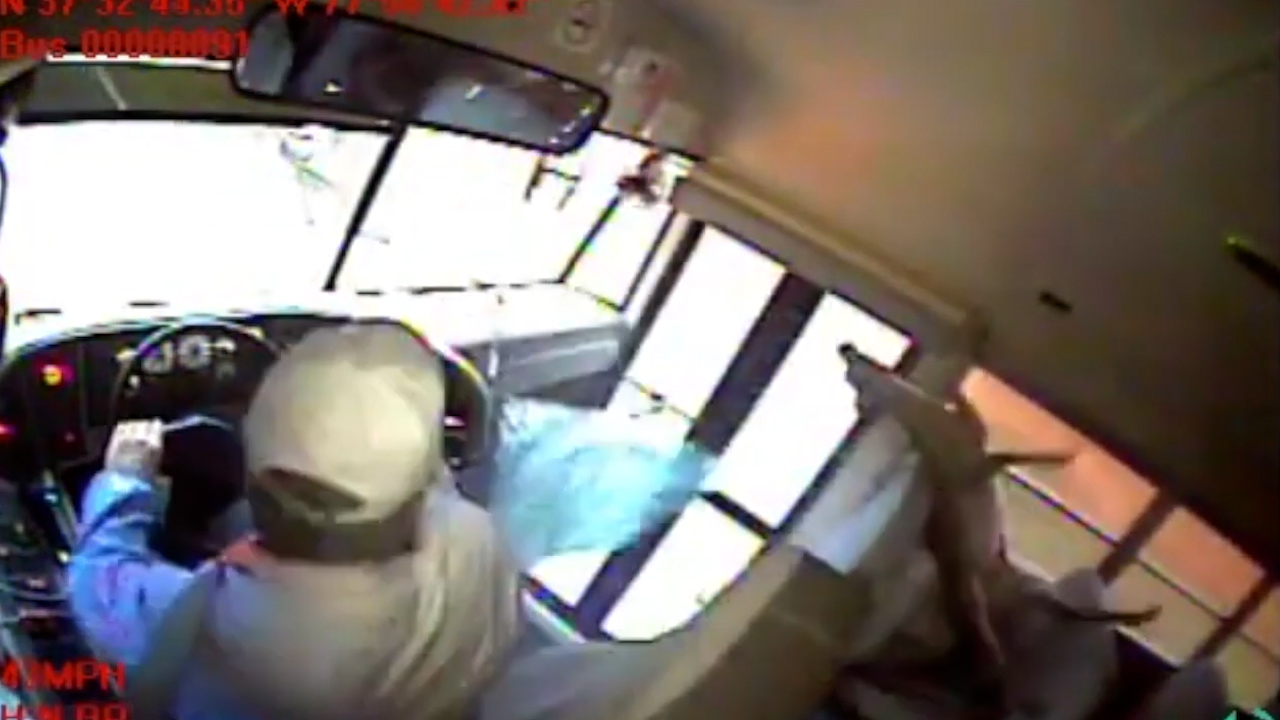 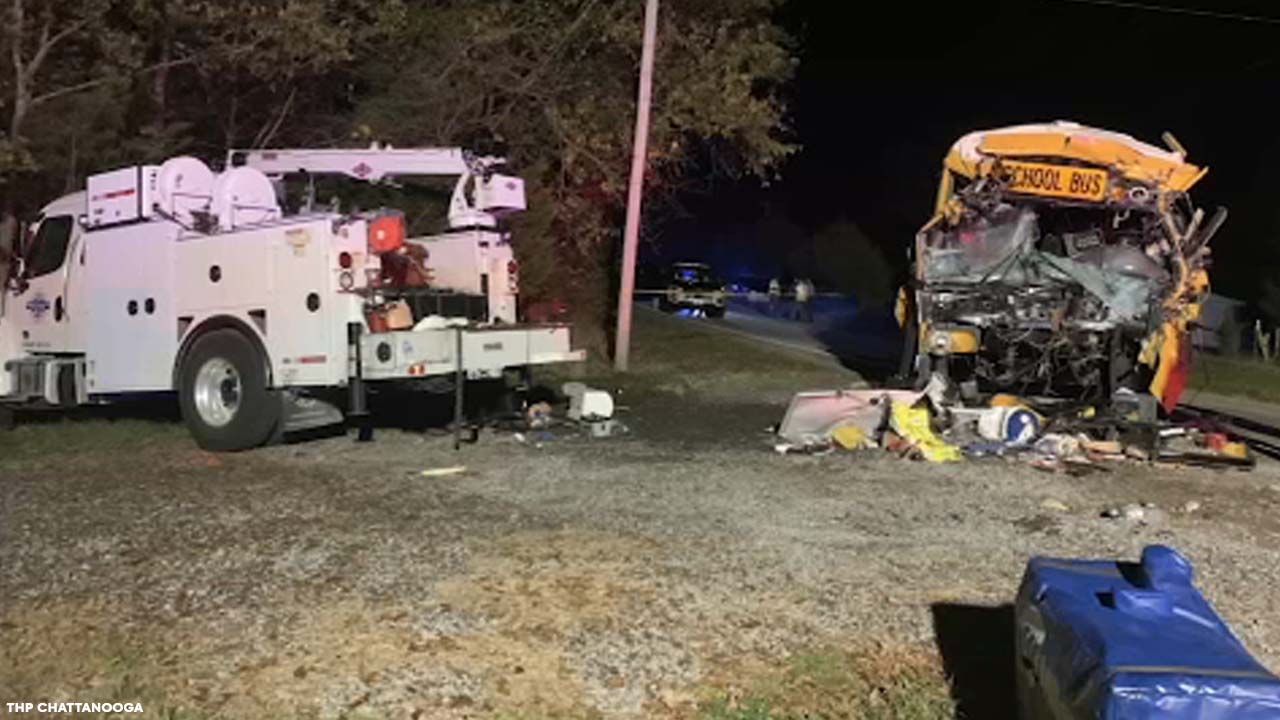 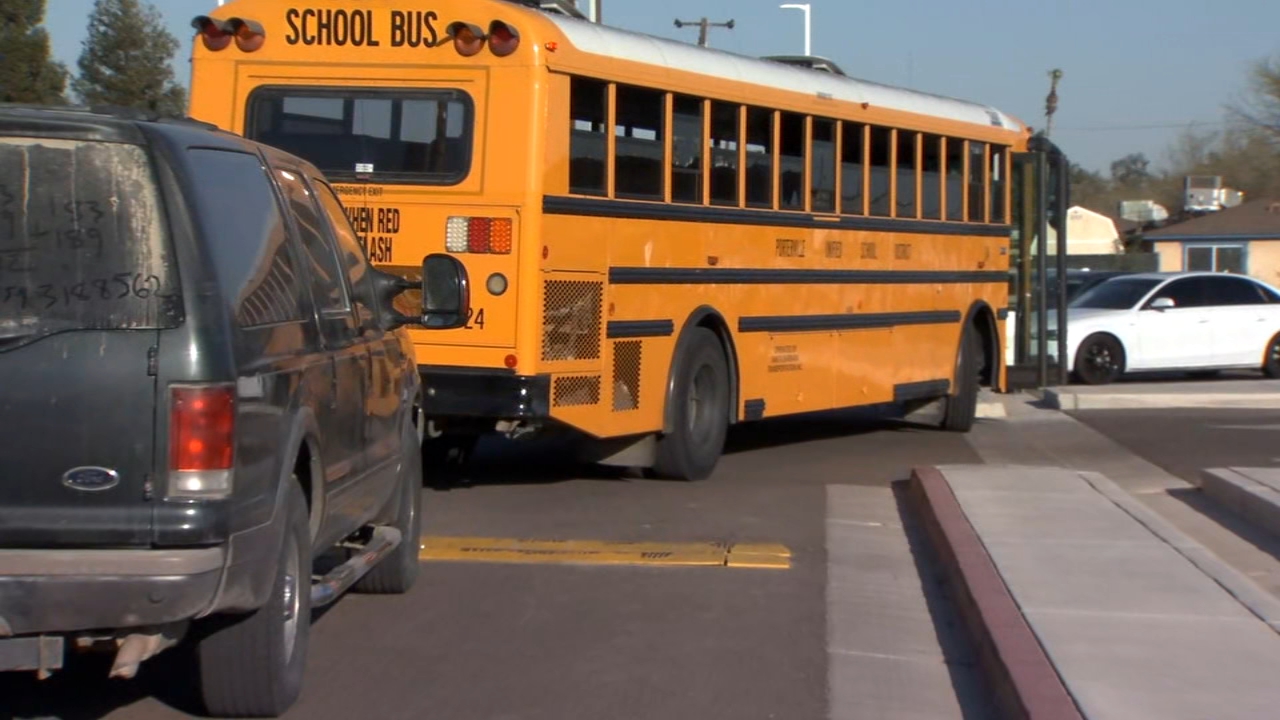