Police say Michael Salinas was just released from jail on Friday after robbing a bank in Fresno last week.
KFSN 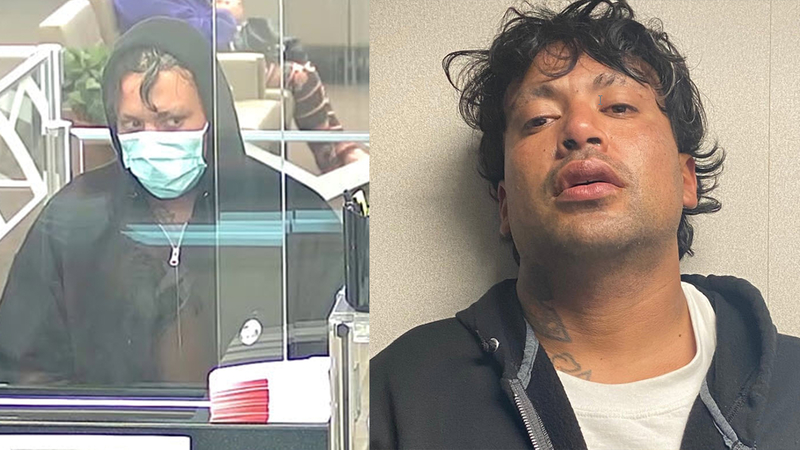 Man arrested in Fresno for second bank robbery in 1 week

FRESNO, Calif. (KFSN) -- A man was arrested again by police after allegedly robbing a bank for the second time in one week.

Madera police responded to the Bank of America on Tuesday morning for a robbery alarm.

They say Michael Salinas passed a note to a bank teller demanding money, but ended up leaving the bank before receiving that cash.

Officers arrived on scene just as Salinas was speeding away in his car.

He led officers on a high-speed chase into Fresno, where he was eventually taken into custody.

Police say Salinas was just released from jail on Friday after robbing a bank in Fresno last week.