Fresno police say there could be other victims, and are urging them to come forward.
KFSN
By Jessica Harrington 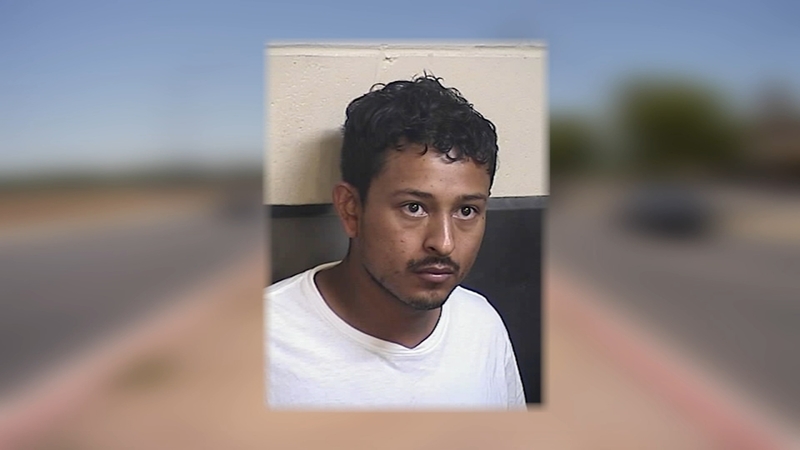 Ezequiel Lopez, 27, carried out the assaults all along Ashlan Avenue, police say.

Police say around 1 am, Lopez offered a ride to a 17-year-old runaway who was walking near Ashlan and Parkway Drive.

She saw a rideshare sticker in the front window and decided to get in.

This is a picture of the firearm police say Lopez showed each of his victims. Officials say it is a BB gun. @ABC30 pic.twitter.com/Ys26f1sBd5

Investigators say Lopez pulled out a BB gun that looked like an AR-15 rifle and refused to let her go.

He then forced her to engage in multiple sexual acts.

Chief Paco Balderrama says an officer actually approached Lopez and the victim while they were together.

"But at that time the victim never came forward. She had been up for several hours, didn't feel like she would be believed and later came forward," Balderrama said.

Officials are now reviewing body camera video from that interaction.

On May 29, 2022 around 4:30 in the afternoon, a 32-year-old woman was walking near Ashlan and Blackstone when Lopez forced her into his vehicle and drove off.

This is the vehicle investigators say Lopez was in during the sexual assaults. Anyone with information related to these cases are asked to call Fresno Police or Crime Stoppers. @ABC30 pic.twitter.com/dLwkUtWx56

Police say Lopez then forced her to engage in sexual acts with him.

Detectives say when she tried to escape, Lopez injected her with a drug, possibly methamphetamine.

Through that investigation, detectives learned about a third victim.

Officers tracked down a 59-year-old woman who told investigators she was walking near Ashlan and Parkway Drive, the same location as the first assault, late at night in the beginning of June.

Lopez offered her a ride.

She initially refused, but then accepted because she needed water.

Once in the vehicle, Lopez forced her to engage in sexual acts.

Police say there are similarities between all three victims.

.@BalderramaPaco says all of the victims in the sexual assaults were white females who were experiencing homelessness. @ABC30 pic.twitter.com/zxyLDCBggo

"The commonalities is the fact that they were all white female, they were all homeless or walking the streets at the time." Balderrama said. "The suspect thought them to be easy victims and that's why he targeted them."

Balderrama says detectives were able to collect video surveillance from Pyle Elementary School and a 7-Eleven.

They used that video to identify the suspect and track him down.

Now, they say there could be more victims and are asking them to contact police.

"We are here to help. Your personal situation doesn't really matter. If you've been a victim of sexual assault, it is our job to bring you justice, so please come forward." Balderrama said.