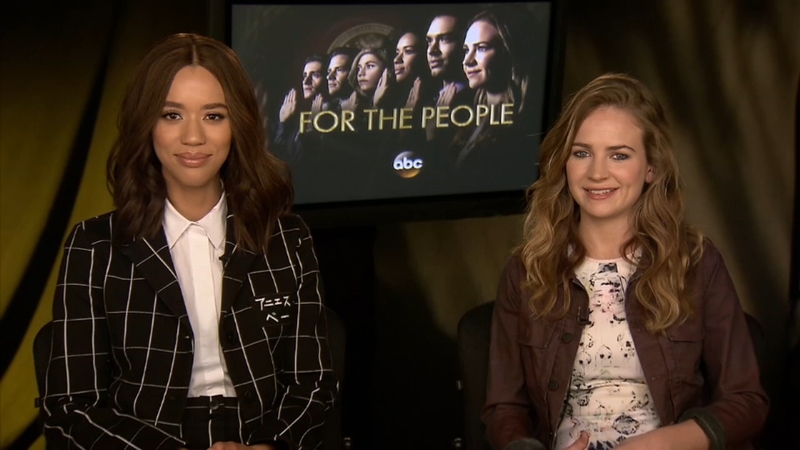 Meet the stars of the newest 'Shondaland' drama 'For the People'

NEW YORK -- If you're a fan of "Grey's Anatomy" you'll definitely want to try out the latest "Shondaland" series "For the People."

It is set in the U.S. District Court for the Southern District of New York, otherwise known as "The Mother Court."

It follows the classic formula that makes Shonda Rhimes' shows so very popular. It has a group of attractive, young, inexperienced yet hungry for success newcomers who do their best to learn while forming friendships with their more experienced bosses and counterparts.

This ABC legal drama also pits the young prosecutors against the defenders. We start off following a group of three on each side. Two of which happen to be dating each other. Jasmin Savoy Brown's character Allison who is a public defender is dating Seth (Ben Rappaport) who happens to be a prosecutor. The show wastes zero time drumming up conflict as they end up on the same case.

Britt Robertson's character, Sandra, meantime, is so anxious to get her first case, she finds herself in a bit over her head.

"She's all work and no play, it is fun to play that type of character," Robertson said.

But at the end of the day, it's the strong female bond and friendship between Sandra and Allison that makes that show relatable.

"I love a good female friendship, it was a big part of the draw for this project," Robertson said.

Each week tackles a series of different cases while we also get an inside look at the relationships between the attorneys as they struggle with trying to grow their careers while trying to keep some separation from their personal lives.