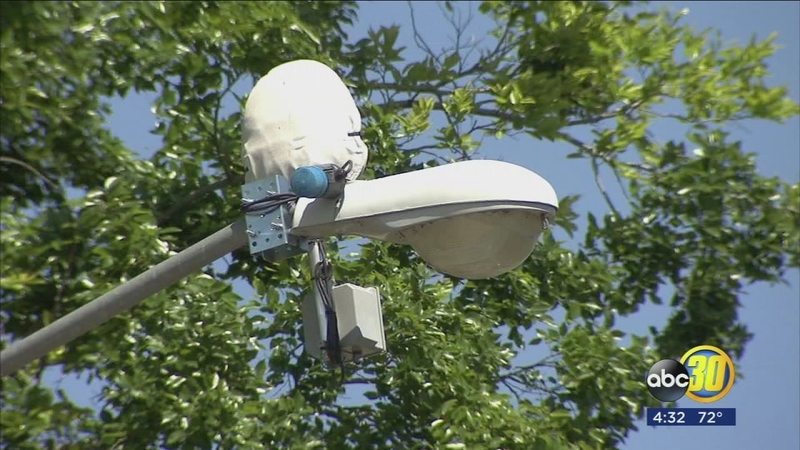 FRESNO, Calif. (KFSN) -- A community in mourning after a shooter opened fire killing three of their own.

The technology recorded 16 shots fired in less than two minutes.

"A shot spotter pin points within a few feet of where the rounds were fired from and provides us with an address," said Dyer.

The first activation came in at 10:45-- three other locations came in showing the shooter moved from Van Ness to Fulton on Mildreda prior to the shooter surrender.

According to police, when the sensors pick up the profile of a gunshot they are routed through a Shot Spotter service. That information is then forwarded to the police department and patrol vehicles. An officer is able to view the location on a computer map in their unit.

Often times as short of a delay as 15 seconds.

The technology came to Fresno in July of 2015 starting with three square miles of coverage. Each device has anywhere from 15 to 20 sensors, strategically placed and tuned to pick up the sound waves of a gunshot.