'Fighting out of control': 100 kids break out in massive fight at Six Flags Discovery Kingdom 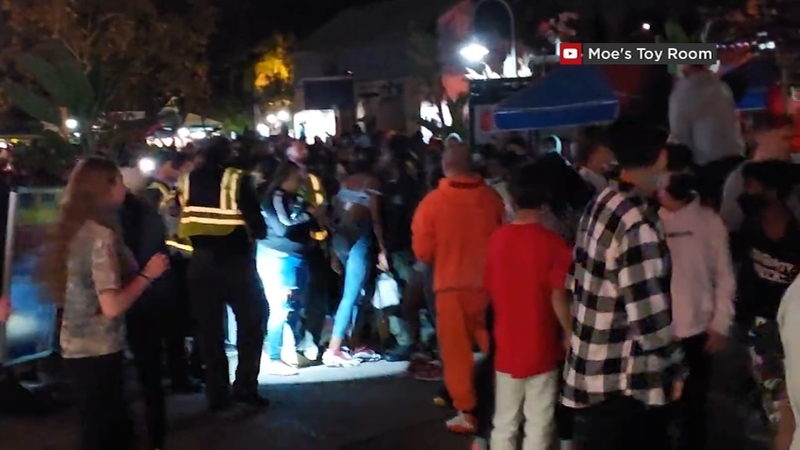 100 kids break out in massive fight at Six Flags Vallejo

VALLEJO, Calif. -- Police say a large brawl of around 100 kids broke out Saturday night at Six Flags Discovery Kingdom in Vallejo, California. They say many were detained, and one person was put in custody and their parents handed a citation.

"It was massive," said Israel Cartagena, who witnessed the fight. "People were just running towards it punching and fighting out of control."

Saturday night was the opening night for "Fright Fest" - Discovery Kingdom's Halloween festival. Police say the fight happened just before the park closed. According to police radio transmissions, the group was described as "a hundred kids."

Cartagena said his family took shelter in the gift shop.

"They were scared," he said. "They were not used to seeing anything like that. My 6-year-old just wanted out after that he just wanted to go home."

In a statement Discovery Kingdom said:

"We have a zero-tolerance policy for any inappropriate behavior at our park. We continuously evaluate our security and safety protocols, and meet regularly with local law enforcement to review and refine our practices. To avoid compromising the effectiveness of our security protocols, both seen and unseen, we do not disclose the details of our security plans. In addition to these measures, the park will continue to close for entry two hours prior to park closing, with no re-entry three hours prior to park closing."

Vallejo police say they had several reports of kids acting erratically. They say they have reports of some committing battery on officers on duty, and obstructing others from helping.

Cartagena says he frequently goes to Discovery Kingdom, but might wait before he returns.

"I love the park, it is great," he said. "Stuff like that ruins it for everyone else who is just trying to have a good time."