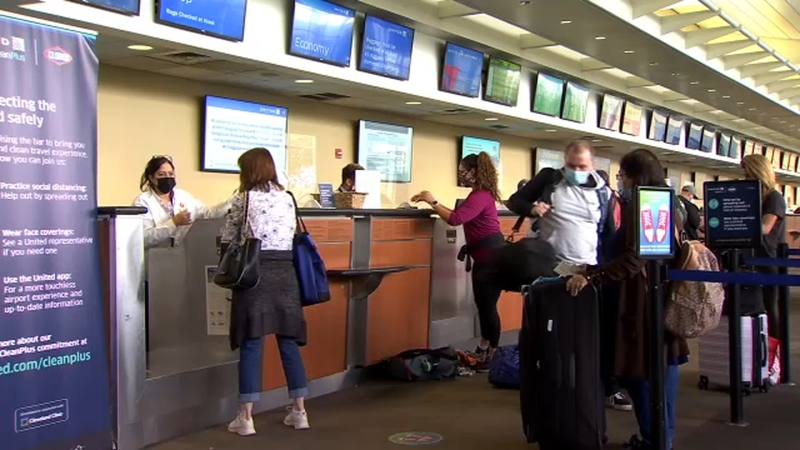 FRESNO, Calif. (KFSN) -- Getting in the air continued to be a problem on Friday, leaving travelers' plans up in the air.

"I'm just hoping and praying right now, that's it," said Tyreke Booker, who was trying to fly home to Chicago after a work shift in Fresno.

"Everything is thrown off. I got to change my rental cars, babysitting services and I'm going for my fiance's birthday tomorrow, so I'm just hoping I make it tomorrow," he said.

Booker was one of many people impacted by continued issues with SkyWest flights at Fresno-Yosemite International Airport. The company, which operates flights for Alaska, American, Delta and United, says an internal server outage forced them to cancel more than 700 flights on Thursday.

On Friday, the ripple effects of that outage continued to be felt. SkyWest sent ABC30 a statement, saying:

"While our servers were restored Thursday evening, we are still experiencing operational disruption as we work to get crew and aircraft into position, with approximately 500 flights cancelled Friday. We apologize to customers for the inconvenience and remain focused on efforts to return to normal operations as quickly as possible."

One of those flights was supposed to take Marissa Koster to Boston on Friday to visit her friend. She was hoping to be able to watch the Red Sox at a Boston bar Friday night, but now she has to hope they're still playing tomorrow.

"You definitely lose a whole day of travel and trip and stuff, " she said. "Now, I'll head home, wake up at 4 am and come back."

Airport officials weren't able to say how many flights in Fresno were canceled on Friday, but they say that if your flight gets canceled, you should reach out to your airline directly to book another.